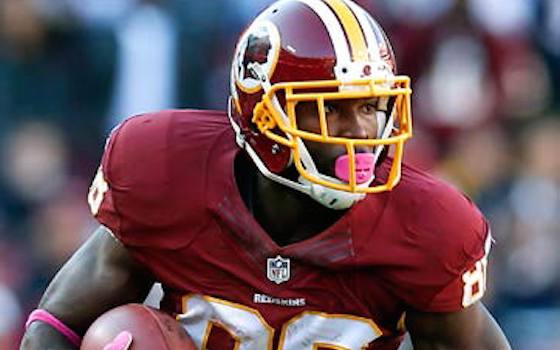 "Pierre is fearless," says Washington quarterback Robert Griffin III. "He plays very hard. He goes out and makes plays every day. He's the kind of guy that you want on your side when you're backed into a corner. He's big time. You want Pierre out there with you."

Johnson (109 catches) and Chicago Bears wide receiver Brandon Marshall (100) both tied an NFL record by each recording a fifth career 100-reception season. Marshall (797) has been targeted more than any receiver since 2009 and ranks second in receptions (486) during the past five seasons.

The most targeted receivers in 2013:

The most targeted receivers since 2009 among active players: