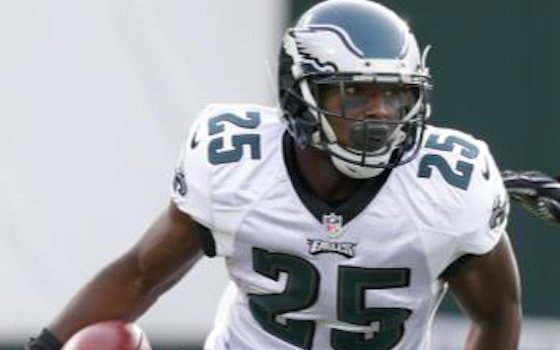 They seem to be all over the league.

Guys like Matt Forte, Jamaal Charles, Reggie Bush and others. Those running backs that can hurt you two ways: rushing or catching the ball.

"If a running back has certain skills like speed, vision, burst, ability to cut and good hands, he can play in any system, whether it's the I-formation, offset or in a spread," says Baltimore Ravens general manager Ozzie Newsome.

"The versatile backs, it's hard to cancel them out because there's not a package they can't perform in," says Eagles running back LeSean McCoy, who led the NFL in rushing (1,607) and scrimmage yards (2,146) in 2013. "If you're cutting down runs, what else can this back do? If the back can catch and block, he's still valuable."

More and more offenses are relying on these dual-threat runners to keep the chains moving. Six running backs gained more than 1,000 rushing yards while registering at least 50 catches in 2013.

"He is an explosive runner with the speed and quickness to score from anywhere on the field. He also is a dangerous weapon in the passing game due to his ability to elude defenders in space. McCoy is the dynamic playmaker I would want as my feature back." -- NFL Network analyst Bucky Brooks

"Forte is a very good back in this league. He's an all-around guy. He does a good job of course running the zone-read plays, but also out of the backfield he has good hands. He doesn't get a lot of attention but I think he definitely should be up there with the top backs in this league because of his versatility." -- Philadelphia LB DeMeco Ryans

"He's not the biggest guy in the world, but he's got a heart of a lion. He's got tremendous quickness and can catch. He's pretty good at running the football. You can line him up everywhere. You can move him around and do some unique things with him." -- Kansas City head coach Andy Reid

"He was very productive in the passing game. Sometimes those become those non-descript plays that nobody ever talks about, but they really make an offense go. When we throw him the ball or hand him the ball, usually good things happen. He's been a real good back for us." -- Dallas head coach Jason Garrett

"He brings a lot of energy to the game. He's been a dependable runner and blocker, and also receiving the ball. You can count on him to do his part, whether it's blocking or getting out and peeling away some coverage, or actually catching the ball and making somebody miss." -- Denver defensive coordinator Jack Del Rio