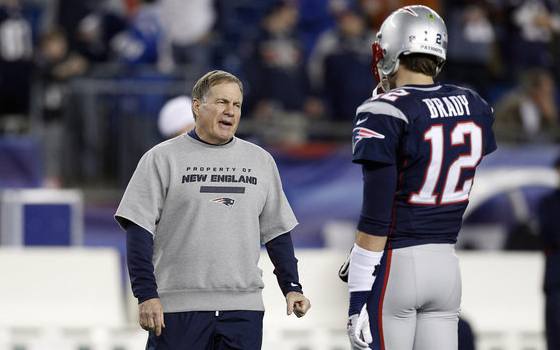 Brady, who ranks fifth in NFL history with 359 career touchdown passes, approaches his 15th season with the same determination as when he entered the league as a sixth-round selection in the 2000 NFL Draft.

"I think the one thing that jumps out about Tom is just his consistency," says Peyton Manning. "I feel like he's been a better player each year than he was the year before, and that, to me speaks to his work ethic in the offseason, his refusal to be complacent or satisfied. He always feels like he can step his game up one level higher, which in some of the seasons he's had you say, 'How can you get better than that?' But I think he has done that."

Most Career Wins as a Starter

In the NFL 2013 playoffs, Tom Brady registered his 18th postseason win, the most postseason wins by a starting quarterback in NFL history.

"Tom has meant a lot to us since he's been here," says Patriots head coach Bill Belichick, who has combined with Brady for the most regular-season wins (148) by a quarterback-head coach duo in the Super Bowl era (since 1966). "He started winning playoff games the first year he really got a chance to participate in them. Tom is a great competitor. He's our leader and we all follow him, we all respect him. There's no quarterback I'd rather have than Tom Brady."