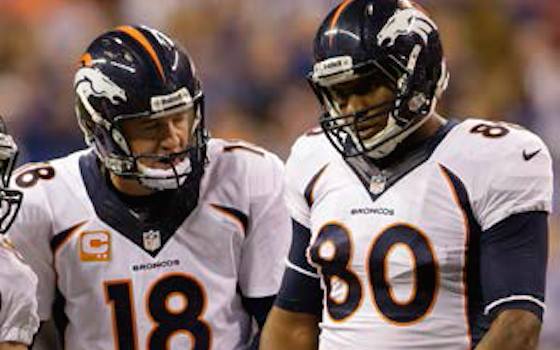 The Broncos scored an NFL record 606 points, surpassing the 2007 New England Patriots (589) for the most points in NFL history. Denver (37.9 points per game) also had the second-highest scoring average of any NFL team, trailing only the 1950 Los Angeles Rams (38.8).

"It's special, for sure," says Broncos wide receiver Demaryius Thomas. "We'll all look back someday and feel good we were around for this."

The teams to score the most points in a single-season in NFL history:

The teams to average the highest points per game in a single-season in NFL history:

"I know how hard this group worked," says Broncos quarterback Peyton Manning. "Guys paid the price and sacrificed. It was fun to play with guys that have that kind of work ethic and passion. A season unlike any other."