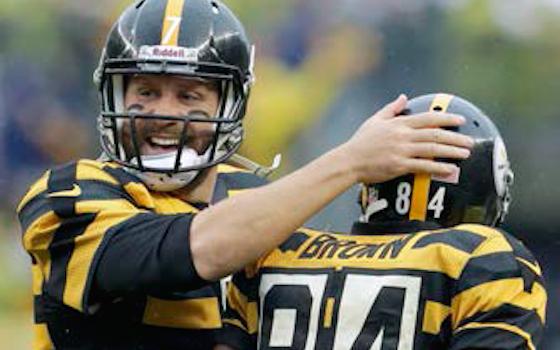 Everyone in the stadium, from the field to the stands, feels the fans' roar as they celebrate a big play with their team. Those plays can change the momentum of a game and give your team a lift.

Pittsburgh Steelers quarterback Ben Roethlisberger complimented the big-play ability of his teammate, wide receiver Antonio Brown, who was second in the NFL in receptions and receiving yards and recorded 23 receptions of 20 yards or more.

"The sky is the limit for him," says Roethlisberger. "He can be as good as he wants to be. I have seen growth in him and improvements, and that is what we want to see. He has come along as a No. 1 guy and he can run those vertical routes."

The top five "big play" receivers and rushers in 2013: