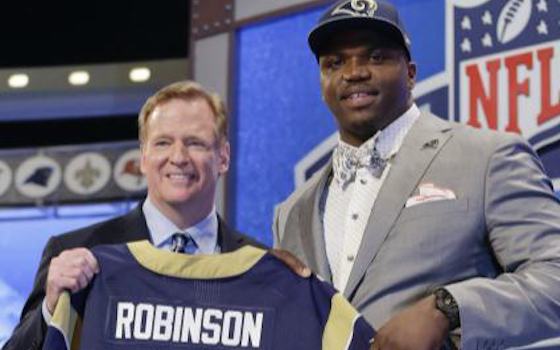 Protecting the quarterback is vital to NFL success.

With such a premium placed on keeping the quarterback out of harm's way, it is no surprise that teams have made it a priority to draft offensive tackles. Four offensive tackles -- Greg Robinson (No. 2, St. Louis), JAke Matthews (No. 6, Atlanta), Taylor Lewan (No. 11, Tennessee) and Ja'wuan James (No. 19, Miami) -- were selected in the first round of the 2014 NFL Draft.

"The passing game starts with pass protection," says Miami Dolphins head coach Joe Philbin. "The pass protection has to be there. It's the foundation of the passing game and gives the quarterback a chance to make better decisions and throw the ball with more accuracy when he has more time."

In all, there have been 11 offensive tackles selected in the first round of the past three NFL Drafts.

"Football teams are built from the inside-out," says St. Louis Rams general manager Les Snead, who selected tackle Robinson No. 2 overall. "Our foundation is stronger and I think that's going to help us."

Offensive tackles selected in the first round of the past three NFL drafts: