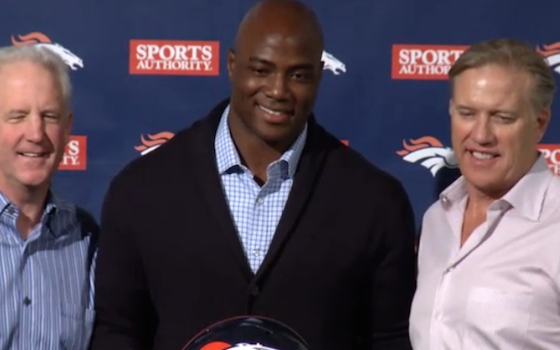 Whether through free agency or trades, this offseason contained big-name switches that may alter the landscape of the 2014 NFL season.

"The Broncos' mentality is a 'now' mentality," says Ware. "The time is now. Seeing what they're doing, I feel comfortable with what they're trying to mold."

Other familiar faces have joined new teams, including:

Here's notable NFL players who changed teams this past offseason: