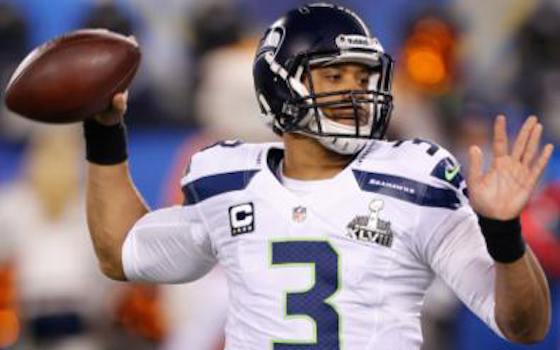 In just his second NFL season, Seattle quarterback RUSSELL WILSON led the Seahawks to a Super Bowl championship and joined Kurt Warner, Tom Brady and Ben Roethlisberger as the only quarterbacks to win a Super Bowl in his first or second season in the NFL.

"He's so special," says Seattle head coach PETE CARROLL about Wilson. "He's just a tremendous competitor. And he's going to keep going. There are records this guy is going to continue to knock off."

Wilson completed 18 of 25 passes (72.0 percent) for 206 yards with two touchdowns and no interceptions for a 123.1 passer rating in Seattle's 43-8 win over Denver in Super Bowl XLVIII, the first championship in team history.

"It's a true blessing," said Wilson after winning the Super Bowl. "We believed we would get here. We wanted to win it all and we just told ourselves we had to go 1-0 each week. That was our mentality throughout the whole season. We continued to fight. We continued to grow together. We have great teammates and I couldn't have done it without these guys."

In the regular season, Wilson led the Seahawks to a 13-3 record and completed 257 of 407 passes (63.1 percent) for 3,357 yards with 26 touchdowns and nine interceptions for a 101.2 passer rating. He is the only player in NFL history to record a 100+ passer rating in both his rookie and second season.

Including the postseason, Wilson has won 28 games, the most by a quarterback in his first two NFL seasons.

"I think a great leader is consistent every day," says Wilson. "That's how I try to be in terms of my work ethic on and off the field and being the first one in and the last one to leave. It's the same thing every day. My job in playing football is to help the other 10 guys in the huddle get better. If I can do that, if I can help facilitate the ball to the right guy at the right time, I'm doing my job."

In his regular-season career, Wilson has thrown 52 touchdown passes, which ranks third in NFL history for a player in his first two seasons. He is one of only three quarterbacks in league history to throw at least 50 touchdowns in his first two NFL regular seasons, joining Pro Football Hall of Famer Dan Marino (68) and Peyton Manning (52).

Including the playoffs, Wilson has thrown 58 touchdown passes in his career, the second-most by a quarterback in his first two seasons (Marino, 78). 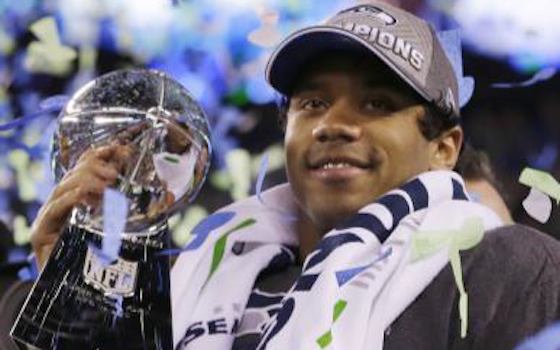