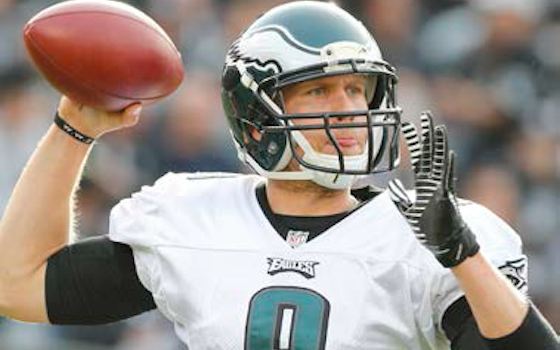 Philadelphia Eagles quarterback Nick Foles completed 203 of 317 passes (64.0 percent) for 2,891 yards with 27 touchdowns and two interceptions for an NFL-best 119.2 passer rating last season. Foles' 119.2 passer rating is the third-highest single season mark in NFL history and his 27/2 TD/INT ratio is the best all-time.

"Nick's a great teammate," says Eagles wide receiver Riley Cooper. "He has so much confidence and that's something you need in a quarterback. He's a real winner."

The NFL Quarterbacks with the highest passer rating in a single NFL season:

"It's a great honor," said Foles after tying the single-game touchdown record. "Hats off to our guys for doing a great job.

"Whenever I've looked at records my whole life, the greatest thing about it is the guys you do them with. This is something that's special for the Philadelphia Eagles organization. You have to look at the components -- the O-line blocking, guys running great routes, making huge catches. It's special for all our teammates."

In November, Foles led the Eagles to a 3-0 record and completed 51 of 72 passes (70.8 percent) for 932 yards with 10 touchdowns and no interceptions for a 152.8 passer rating. That mark is the highest by a player in any calendar month in NFL history (minimum 50 attempts).

A look at Foles' November: