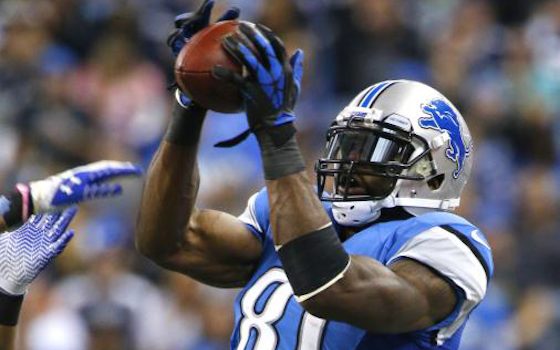 In Week 8 against Dallas (October 27, 2013), Johnson had 14 catches for 329 yards and a touchdown. His 329 receiving yards are the second-most in an NFL game (Flipper Anderson, 336 yards) and the most ever in a non-overtime contest.

"I can't say enough about Calvin," says Detroit quarterback Matthew Stafford. "The guy is unreal. I love having him as a teammate. I love throwing the ball to him. He just sets a great standard for all the guys on our team and everybody in this league."

Johnson has five career 200-yard receiving games, tied with Pro Football Hall of Famer Lance Alworth for the most in NFL history.

"The combination of his size and his speed and explosiveness, I don't think there's anybody like that in this league," says Philadelphia Eagles head coach Chip Kelly. "He can just go get the football."