NFL 2014: Young Quarterbacks on the Rise 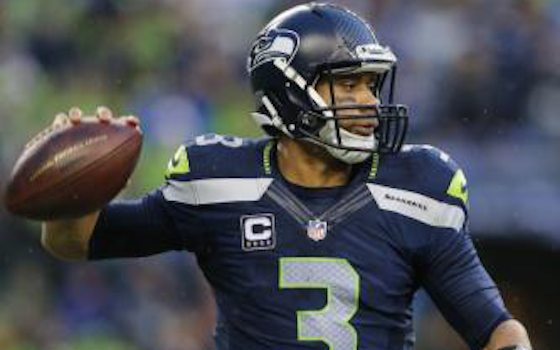 NFL 2014: Young Quarterbacks on the Rise

"The last few years have changed what young quarterbacks can do coming out of college," says Seattle Seahawks head coach Pete Carroll. "I would have told you in years past as an NFL coach, that young quarterbacks can't do it right away, and there were only a couple that ever did, and that wasn't enough to make that an expectation that you could count on. But I think that's totally shifted."

Carroll's quarterback, Russell Wilson, proved that young quarterbacks can succeed in today's NFL. Wilson led the Seahawks to a Super Bowl championship and joined Kurt Warner, Tom Brady and Ben Roethlisberger as the only quarterbacks to win a Super Bowl in his first or second season in the league.

Selected in the third round of the 2012 NFL Draft, Wilson has won 24 regular-season games, the most by a quarterback in his first two seasons during the Super Bowl era.

Wilson is one of the many young quarterbacks taking the NFL by storm.

Fourth-year quarterbacks Andy Dalton of Cincinnati, Colin Kaepernick of San Francisco, Cam Newton of Carolina and third-year quarterbacks Nick Foles of Philadelphia, Robert Griffin Iii of Washington, Andrew Luck of Indianapolis, Ryan Tannehill of Miami and Wilson of Seattle all hope to build on their experience going into 2014.

A few of the rising stars at quarterback who were drafted since 2011:

"We obviously have a strong belief in the ability of Andy Dalton to continue playing well and to be the leader of our offense. We know he has tremendous potential to be even better. Our players believe in him and have faith in the way he goes about everything he does. He's a tough young man." -- Cincinnati Bengals head coach Marvin Lewis

"Nick Foles is one of the best passers I've seen. He is special. He's big and he can throw. His throwing motion, throwing on the move, reminds me of Aaron Rodgers in Green Bay. This guy is good. He gives them a big edge." -- Pro Football Hall of Fame quarterback Joe Namath

"With Colin, it's always just appropriate. He's got the appropriate amount of competitive fire when you need competitive fire. He's got the appropriate amount of happy and joy when it's the right time to have that. I really believe that's how people should play the game. It's genuine and it's honest of a guy who's out there playing the game and competing." -- San Francisco 49ers head coach Jim Harbaugh

"He's such a mature kid and understands the game. He prepares so well, and his focus is unbelievable. We know the physical talent is there. He's extremely intelligent. The great thing about Andrew is he is unflappable. He's gotten better, and he's his own critic." -- Indianapolis Colts head coach Chuck Pagano

"He's big, he's fast, he's a very athletic guy. He's obviously a threat with the ball in his hands to run. He can make all the throws. He can put the ball on the sideline, he's got a lot of zip on the ball down the field and he's a good outside thrower, good deep ball thrower." -- New England Patriots head coach Bill Belichick

"He's a gym rat. He loves football. Those are all good indicators that somebody wants to be good. That's kind of step one. If you don't have players that want to be great, it's hard for them to keep climbing and keep accelerating their development. That's point number one that we're excited about." -- Miami Dolphins head coach Joe Philbin

"He's an incredible competitor in every way. In preparation, in game day, he's the epitome of what you want in your competitor. He's got tremendous work habits. He's got extraordinary athleticism. He's got a general all-around savvy that allows him to make great decisions under pressure. He's extremely confident too, so no matter what is going on, he's not going to waver in his focus and ability to handle things. He's just been a blast to coach and been a great team member." -- Seattle Seahawks head coach Pete Carroll

NFL 2014 - Young Quarterbacks on the Rise