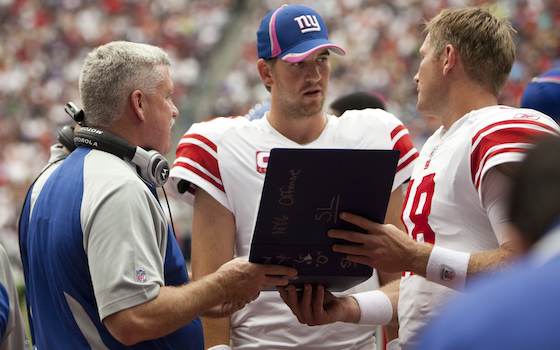 After a 25-year coaching career in the NFL, New York Giants offensive coordinator Kevin Gilbride is expected to announce his retirement.

Gilbride opted to retire rather than get fired after the Giants' disastrous 7-9 campaign this season.

According to sources, the Giants management blamed Gilbride for the team's "broken offense" but coach Tom Coughlin was reluctant to part ways with his offensive coordinator.

After a series of meetings between the coaching staff and front office, Gilbride reportedly reached a decision to retire.

The 62-year-old Gilbride began his professional coaching career in 1989, starting as a coach with the Houston Oilers before being promoted to offensive coordinator.

Gilbride's first head coaching job came in 1997 with the San Diego Chargers but he was fired after 22 games with a 6-16 record.

After a series of quick jobs with the Jacksonville Jaguars, Pittsburgh Steelers and Buffalo Bills, Gilbride found a long-term home with the Giants in 2004 as a quarterbacks coach, helping develop then No. 1 overall pick Eli Manning.

In 2007, he was promoted to offensive coordinator, a position he held with the team until now.