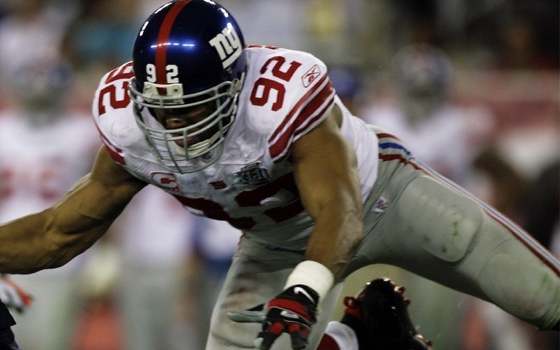 Offensive lineman Walter Jones headlines some of the NFL's big names in the Pro Football Hall of Fame Class of 2014.

Aside from Jones, defensive end Michael Strahan and linebacker Derrick Brooks made it to the list. Jones and Brooks made the final ballot in their first year of eligibility. They are seen to be shoo-ins for the Hall of Fame when the final announcement is made in February.

One of the greatest offensive linemen in history, Jones played all 13 seasons of his career with the Seattle Seahawks. He started 180 games in Seattle, making the Pro Bowl nine times in his career while only being flagged for holding nine times.

Brooks is looking to join teammate Warren Sapp as a first ballot Hall of Famer. Brooks was an integral part of Tony Dungy's Tampa-two defense with over 1,700 career tackles.

Strahan played 15 seasons with the New York Giants, collecting 141.5 sacks, good for fifth all-time. In 2001, he set the NFL single season sack record with 22.5 on his way to being named the NFL Defensive Player of the Year.

Strahan won a Super Bowl ring in 2008 when the Giants upset the Patriots, preventing them from becoming the second team in NFL history to complete an undefeated season.

Running back Jerome Bettis is back for another shot at enshrinement along with receiver Tim Brown.

Bettis is sixth on the all-time NFL rushing list, breaking the 1,000-yard mark eight times during his career while Brown had 14,934 receiving yards and 1,094 receptions in his career along with over 4,500 return yards.

Charles Haley is back amongst the finalist as well, getting another shot at finally earning his place in the Hall of Fame.