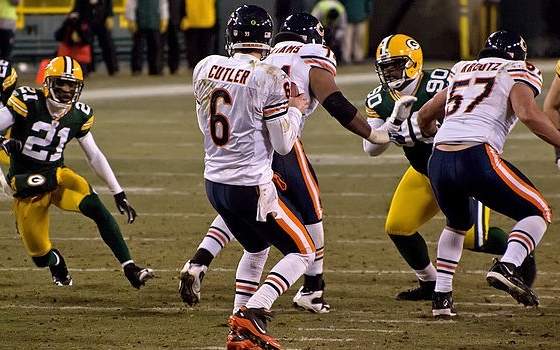 "He's a demonstrated winner with the Chicago Bears," Emery said. "He can be a key player in terms of being the reason you win."

Emery praised Cutler's leadership during a tough 2013 campaign that ended with an 8-8 mark, aside from his vast improvement and toughness.

"Very excited to have Jay for the long term," Emery added. "Cutler battled through the tough times."

The team did not disclose the financial terms of the deal but it is expected to surpass the $17.6 million average annual salary that the Detroit Lions gave Matthew Stafford in July.

According to several media reports, the contract includes $50 million in guaranteed money.

"Anything that would have happened, [anywhere] I would've went, there's always positives and negatives," said Cutler, who was slated to become an unrestricted free agent this offseason.

"There's always critics. Coming off an 8-8 season, we're not happy with how it ended. But I think everyone in this building is really excited about the direction we're going," he added.

Cutler ended the season with a career-high rating of 89.2 while throwing for 2,621 yards, 19 touchdowns and 12 interceptions, giving him 75 since joining the Bears in 2009.

With the moves, the Bears have signed five players who were pending free agents in the aftermath of the team's season: Cutler, Jennings, Slauson, kicker Robbie Gould and fullback Tony Fiammetta.