Healing Aaron Rodgers to Play for Packers in Bears Showdown 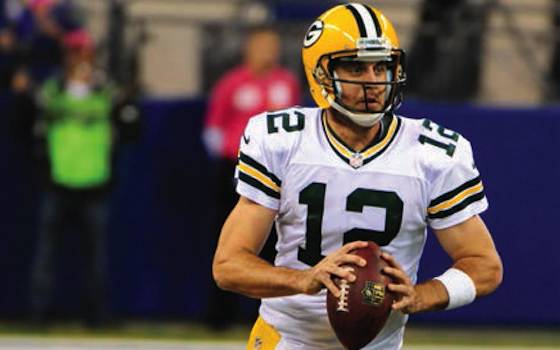 Green Bay Packers' quarterback Aaron Rodgers has been cleared to start for the winner-take-all NFC North meeting with the Chicago Bears.

Rodgers was back practicing with the Packers with no restrictions.

At least general manager Ted Thompson and possibly team physician Patrick McKenzie had signed off on his return from a broken left collarbone.

Coach Mike McCarthy and Rodgers gave no detail why there was a change of decision five days after the quarterback was informed he would not play against the Pittsburgh Steelers.

Rodgers underwent a scan on his collarbone Tuesday and the results could have appeased Thompson and McKenzie.

McCarthy said the coaches weren't sure of their playoff chances and of Rodgers availability when they drew up the game plan Monday. On Tuesday, after the Bears lost to set up the showdown Sunday and Rodgers was given clearance, they began making alterations.

The coach said Rodgers has accepted the risk part ever since he started practicing three weeks ago.

"Every football player that plays in this game Sunday will have risk, and I think we all understand that," he said. "We've one our due diligence, we've gone through all the evaluations, and we feel it's time Aaron is ready to play."

Only a Bears loss to the Philadelphia Eagles last Sunday prevented the Packers from being eliminated before Rodgers had a chance to have a final say in the division.