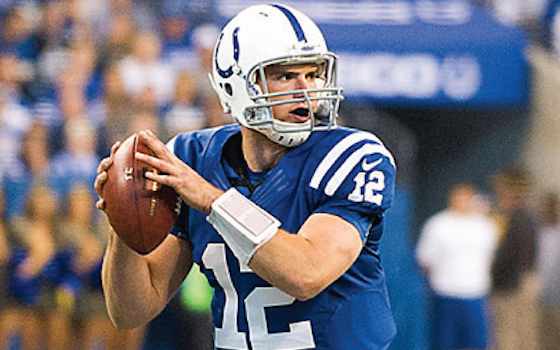 "The playoffs means it's a one-game season each week," says New England defensive end Rob Ninkovich. "You have to lay it all out there because if you don't win the game, you go home."

"When it comes down to it, the team that plays the best is going to win," says Brady. "In the playoffs, you're playing the best teams. When you play a good team, it's hard to beat a good team when you don't play your best."

The Colts advanced to the second round of the playoffs after a come-from-behind 45-44 victory at home against the Kansas City Chiefs. The Colts overcame a 28-point second-half deficit to post the second-largest comeback in NFL postseason history.

In that game, Indianapolis recorded a postseason franchise record 536 net yards, while the 45 points ranked second in team history. Quarterback Andrew Luck threw for 443 yards and four touchdowns, both of which were the second-highest postseason single-game totals in franchise history. 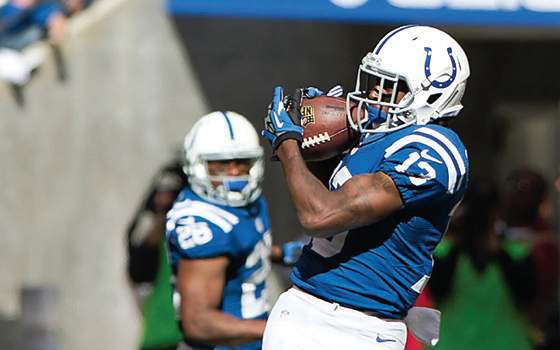 "Incredible, incredible victory," says Colts head coach Chuck Pagano. "A great team victory and one for the ages. Our guys are unbelievable. They stuck to the process and never doubted. We did just enough to advance in the tournament."

New England earned a first-round bye week in the playoffs after recording a 12-4 record and earning the AFC East Division title. New England has won at least 10 games for the 11th consecutive season, joining the San Francisco 49ers (1983-1998) as the only teams to accomplish the feat. The Patriots have a chance to advance to their third straight AFC Championship game. They can become the first team to advance to at least three straight Championship games since Philadelphia went to four straight from 2001 through 2004. They can become the first AFC team do to go three straight since Buffalo went to four straight AFC Championship Games from 1990 to 1993.

The Patriots finished the regular season with the third-ranked scoring offense (27.8 points/game), while ranking seventh in yards per game (384.5). Quarterback Tom Brady threw for 4,343 yards, 25 touchdowns, 11 interceptions and an 87.3 passer rating this year.

The Patriots lead the all-time series 45-28 in the regular season and 2-1 in the postseason, all three times the home team has won. That team has also gone on to win the Super Bowl. The Patriots and Colts last met Nov. 18, 2012 at Gillette Stadium with the Patriots pulling away with a 59-24 victory. 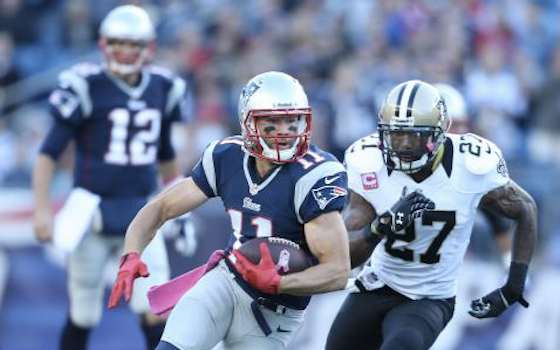 The Patriots were a perfect 8-0 at home this regular season.

Pick against the Patriots in a home playoff game? I must be crazy. I'll admit I am -- at least, a little bit. With my mind I'm thinking Patriots win; but my gut keeps telling me Colts. Not at all a logical approach. But, how many of us took a break from the Colts' Wild Card game after they were down 38-10? I know I did.

So as illogical as it may seem, picking Andrew Luck and the Colts over the Patriots on the road in a tight game is the only logical thing to do at this point.

Yes, Luck had a career game last week. But for some reason, I don't expect a let down from him or the Colts. Instead, I'm expecting Luck to do something even better this week. .

The Patriots are a very good team, but they are not a dominant team. The Colts, on the other hand are good enough to beat this version of the Patriots. After all, Luck is on the Colts' side and its time for Tom Brady to pass the torch.

Expect the Colts to beat the Patriots in a close back-and-forth down-to-the wire game, 31-28.