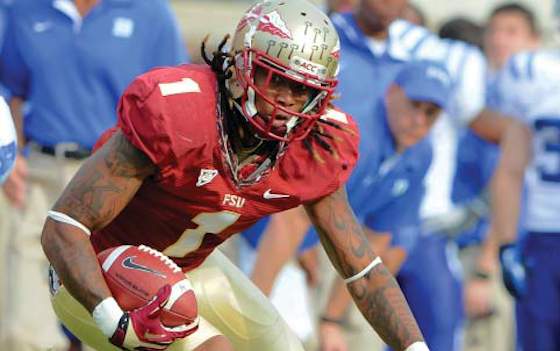 Florida State Seminoles receiver Kelvin Benjamin has declared for the NFL draft fresh off his heroics against Auburn in the 2014 Vizio BCS National Championship.

He caught the winning TD pass from Jameis Winston in Florida States's 34-31 victory over Auburn.

A freak of an athlete at 6-5, 234 pounds, Benjamin led Florida State with 15 touchdown receptions and was second in catches with 54 and receiving yards with 1,011.

Benjamin is a matchup nightmare because of his size and athleticism and his skill set has been compared to that of Detroit Lions star Calvin Johnson, though he must develop more consistency in route running and catching of some routine passes.

He emerged as a dominant force late in the season after periods of inconsistency.