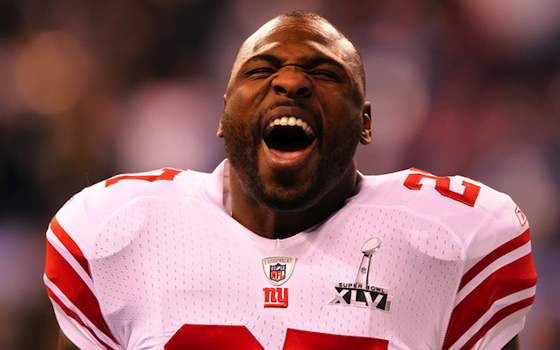 Jacobs made his decision known via his Twitter account, ending a career in which he gained 5,094 rushing yards and 60 touchdowns.

All but seven of Jacobs' rushing yards came with the Giants where he played eight of his nine seasons. He also hauled in four receiving touchdowns.

The 31-year-old Jacobs is the Giants' all-time leader in rushing touchdowns, and ranks fourth in franchise history in rushing yards.

After a short stint with the 49ers last season, he returned to the Giants after Week 1 this season and rushed for a total of 238 yards and four touchdowns in seven games.

However, he landed on injured reserve and underwent to undergo cartilage graft surgery on his left knee.

After the operation, Jacobs said he was unsure whether he would continue playing in the NFL, as he hadn't decided if he wanted to wear down the new cartilage in his knee.

He rejoined the Giants this season so he could play a potential final season with them, as compared to signing a one-day deal. Jacobs said if he returned in 2014, it would only be to the Giants.

He played two games for the 49ers, and was suspended by the organization after criticizing it on Twitter.