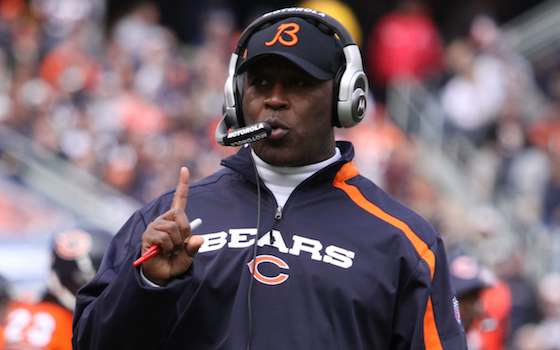 The Tampa Bay Buccaneers have reached an agreement with Lovie Smith to be their next head coach.

Smith, a former Chicago Bears head coach, has agreed to a four-year deal to replace the fired Greg Schiano. According to sources, there is a fifth-year option for Smith at the team's control.

Terms of the contract weren't known, but sources said Smith is expected to make in excess of $5 million a year.

The Detroit Lions also expressed interest in Smith, who opted to take the Buccaneers job where he served as assistant under Tony Dungy.

In addition to Schiano, the Bucs also fired general manager Mark Dominik. With no general manager, Smith will have control of his coaching staff and a huge voice in personnel.

Schiano was 11-21 in two seasons as the Buccaneers' coach and had three years remaining on his contract, which he signed in 2012.

The Buccaneers, who entered the 2013 season with high expectations, stumbled to a 0-8 start before finishing 4-12.