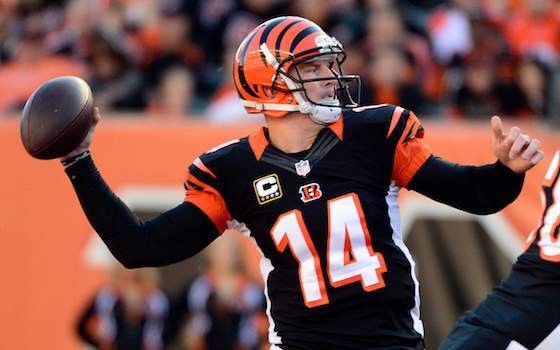 A look back at the statistical highlights, achievements and milestones plus a review of the week that was for games played Week 16 of the NFL 2013 season

After Week 16, all four AFC divisions have been decided, but the final playoff spot is still to be determined.

In the NFC, all four divisions are up for grabs on the season's final Sunday.

The Carolina Panthers defeated New Orleans 17-13 and clinched a playoff berth. The Panthers join the Seattle Seahawks, who had already clinched a postseason berth, in the NFC playoff field.

NFL 2013 marks an NFL-record 11th consecutive season that at least one team has finished in first place in its division the season after finishing in or tied for last place the previous season.

Three teams that finished in or tied for last place in their division in 2012 -- Philadelphia (NFC East), New Orleans (NFC South) and Carolina (NFC South) -- remain in contention for a division title entering Week 17.

Entering the season's final week, 18 teams remain in contention for a trip to Super Bowl XLVIII:

Denver quarterback Peyton Manning passed for 400 yards and four touchdowns in the Broncos' win. Manning has 51 touchdown passes and passed TOM BRADY (50 in 2007) for the most touchdown passes in a single season in NFL history.

Manning has 5,211 passing yards and is the fifth different player to throw for at least 5,000 yards in a single season. He joins DREW BREES (three times), Pro Football Hall of Famer DAN MARINO, TOM BRADY and MATTHEW STAFFORD.

Manning is the first player in NFL history to pass for 5,000 yards and 50 touchdowns in the same season.

Indianapolis quarterback ANDREW LUCK passed for 241 yards and a touchdown in the Colts' 23-7 win at Kansas City. In his second season, Luck has 21 career wins and tied Pro Football Hall of Famer DAN MARINO for the third-most victories by a starting quarterback in his first two NFL seasons during the Super Bowl era.

Luck has 7,914 career passing yards and passed PEYTON MANNING (7,874) for the second-most by a player in his first two seasons. With one game remaining, Luck needs seven yards to pass CAM NEWTON (7,920) for the most.

Carolina linebacker LUKE KUECHLY had 24 tackles and an interception in the Panthers' win over New Orleans. Since tackles were tracked 1994, Kuechly's 24 tackles are tied for the most in a game (New York Jets' DAVID HARRIS, November 4, 2007).

Kuechly is the first player since Tampa Bay's DERRICK BROOKS (September 30, 2001) to record at least 20 tackles and an interception in the same game.

Cincinnati's Andy Dalton and Denver's Peyton Manning each threw four touchdown passes without an interception on Sunday. There have now been 17 such performances this season, one shy of the single-season record (18 in 2004).

The most games with at least four touchdown passes and no interceptions in a season in NFL history:

Teams have combined to score 62 interception-return touchdowns through Week 16, the second-most INT-TD returns in a season since 1970 (71 in 2012).

The most interception-return touchdowns in a season since 1970:

The New England Patriots and quarterback TOM BRADY clinched the AFC East division title on Sunday with a 41-7 win over Baltimore.

The starting quarterbacks with the most regular-season wins in NFL history:

Brady has now led the Patriots to 11 division titles, the most of any starting quarterback in NFL history.

The Denver Broncos and quarterback Peyton Manning clinched the AFC West division title and a first-round bye with a 37-13 win over Houston. Manning joins Brady as the only starting quarterbacks in NFL history with 10 division titles.

The starting quarterbacks with the most division titles since 1970:

Denver's Peyton Manning passed for 400 yards with four touchdowns for a 113.2 passer rating in Denver's win, helping the AFC West-champion Broncos improve to 12-3.

Since entering the NFL in 1998, Manning's teams have reached 12 regular-season wins in 10 different seasons, the most by a starting quarterback in the Super Bowl era.

The starting quarterbacks with the most 12-win regular seasons in the Super Bowl era:

Washington wide receiver Pierre Garçon has caught at least five passes in all 15 games this season and recorded 11 catches for 144 yards on Sunday in the Redskins' loss to Dallas.

Garçon now has 107 receptions this season and surpassed Pro Football Hall of Famer ART MONK (106) for the most in a single season in franchise history.

Blowing Out The Candle

On Monday night, the San Francisco 49ers defeated Atlanta 34-24 in the final regular-season game at Candlestick Park. San Francisco will move to Levi's Stadium in Santa Clara, California next season.

The 49ers have called Candlestick home since 1971 and Monday marked the 36th time the stadium has hosted Monday Night Football, the most of any stadium in NFL history.

The NFL stadiums to host the most Monday Night Football Games in NFL history: