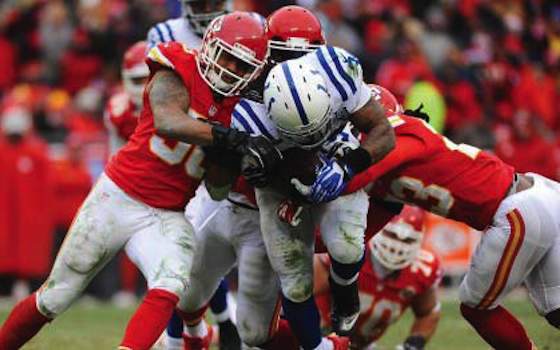 The Chiefs and Colts most recently squared off two weeks ago in Week 16 of the regular season, as the Colts defeated the Chiefs 23-7 at Arrowhead Stadium.

In the regular season finale last week, the Colts defeated the Jacksonville Jaguars, 30-10, for their third straight victory to close the NFL 2013 regular season.

The Chiefs fell to the San Diego Chargers in overtime last week, 27-24. Kansas City finished the year tied for sixth in points scored per game (26.9) and tied for fifth in points allowed per game (19.1).

Running back Jamaal Charles led the team in rushing and receiving, rushing 259 times for 1,287 yards and 12 touchdowns on the ground, while also catching 70 passes for 693 yards and seven touchdowns. Quarterback Alex Smith completed 308-of-508 passes for 3,313 yards, 23 touchdowns, seven interceptions and an 89.1 passer rating. Defensively, Tamba Hali and Justin Houston tallied 11.0 sacks apiece. 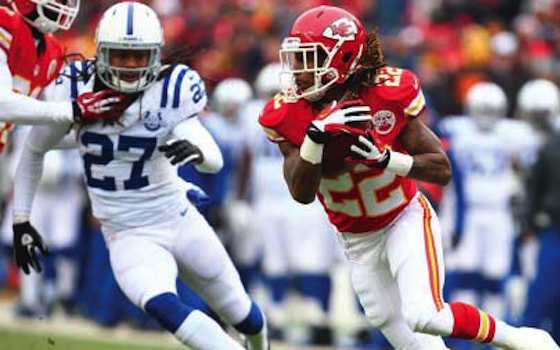 One year after posting a 2-14 record, the Chiefs are back in the playoffs after an 11-win season.

"Any time you can be a part of the turnaround, it's a special feeling," says Chiefs quarterback ALEX SMITH, in his first season with Kansas City. "These guys have worked hard and deserve a ton of credit. It's special to be a part of this."

Led by Head Coach Andy Reid, the Chiefs posted their highest win total since the 2003 season. This marks Reid's 10th postseason appearance in 15 seasons as an NFL head coach.

The Colts are also familiar with quick turnarounds.

In 2011, Indianapolis won two games. In the two seasons since, the Colts have won 22 and gone to the postseason in both years. Quarterback ANDREW LUCK, who has guided Indianapolis to those 22 wins, has passed for 8,196 yards, the most ever by a player in his first two NFL seasons. Defensive end ROBERT MATHIS was selected to his fifth Pro Bowl and led the league with 19.5 sacks, winning the NFL's first ever Deacon Jones Award.

"We know the postseason's a whole different ball game and it's one-and-done," says Luck. "We're excited about that."

Ball control has been a staple for the Chiefs in 2013 as the team had a +18 turnover differential with 36 takeaways and only 18 giveaways. The Chiefs outscored their opponents 430 to 305 (+125). Kansas City led the league in miscellaneous touchdowns with 11 total returns. Additionally, the team led the NFL in average starting fi eld position, averaging the 33.4 yard-line and ranked fi rst in average opponent starting fi eld position at the 23.2 yard-line. The Chiefs kick return team broke the NFL record for kickoff return average in a single season with a 29.9 yards per return average.

The Chiefs and Colts both finished the NFL 2013 regular season with 11-5 records, however, these two teams seem to be heading in different directions.

The Colts have won three consecutive games and convincingly beat the Chiefs, 23-7, two weeks ago in Week 16 of the regular season at Arrowhead Stadium. The Chiefs have been limited by injury after starting the season 9-0. Their defense has allowed 27.2 points per game over the last seven games.

However, the Chiefs regular season-ending loss to the Chargers was played without their starters on both sides of the ball. The Chiefs' defense is well-rested for this playoff matchup, and their pass rush should be more effective. The Colts are without their veteran wide receiver, Reggie Wayne. All this adds up to a long day for Colts quarterback Andrew Luck who will be hurried.