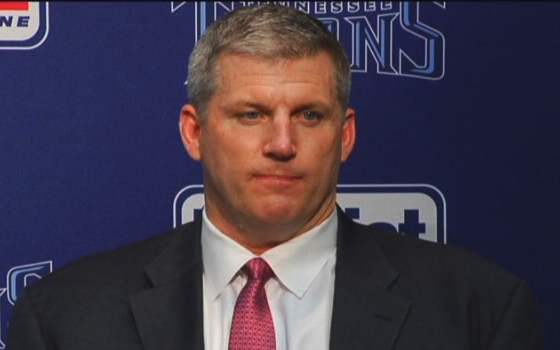 The Tennessee Titans have dismissed head coach Mike Munchak after three years at the helm, ending a stint of more than 30 years with the franchise.

Munchak compiled a three-season mark of 22-26 and did not take the team to the playoffs despite the signing of several free agents to contracts worth $100 million in the spring.

"First I want to thank Mike Munchak for his professionalism through this process and thank him for his years of dedication to the Titans/Oilers organization," general manager Ruston Webster said in a statement.

"Tough choices were presented to all sides and the end result was to part ways and move forward without Mike. We will immediately begin a search for a new head coach," Webster added.

The 2013 Titans started 3-1, but ultimately got only seven starts from starting quarterback Jake Locker, who missed time with a sprained knee and hip before returning and suffering a season-ending foot injury.

Munchak, a Hall of Fame offensive lineman, played for the Houston Oilers from 1982 to 1993 before they relocated to Tennessee in 1997

One year after his retirement in 1993, the Oilers took him as an offensive assistant/quality control. Three seasons later, he was named offensive line coach, where he would remain for fourteen seasons.

After the Titans fired head coach Jeff Fisher in 2011, Munchak was named head coach in his 30th year with the organization.

Munchak had no experience as a head coach or coordinator when late owner Bud Adams hand-picked him to replace Fisher.

Munchak had one year remaining on his deal, as do the majority of his assistants. Defensive coordinator Jerry Gray and senior assistant/defense Gregg Williams have expiring deals.

"This is a day I hoped would never come, but there is a reason for everything. Words cannot express the sadness for leaving this organization that I have been a part of for over 30 years.

My goal as head coach was to do things the right way with the right people and I felt confident that the results would follow. Sometimes rebuilding a team and its culture takes time, but I truly believe we were on the verge of great things. Unfortunately my vision did not match that of the organization, so we will part ways.

My family and I would like to thank the Adams family for all of the opportunities that they have given me over the last three decades.

I also would like to thank my players and staff for their on-going support and I wish them all the best.

Also, to the fans that have hung with me, I want to say 'thanks'."