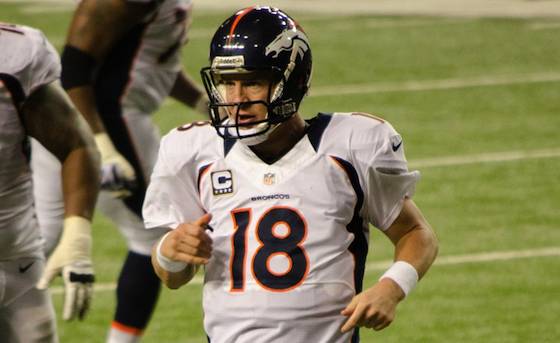 Denver Broncos quarterback Peyton Manning leads the NFL in passing yards (5,211), completions (425) and first-down completions (273) and can set NFL single-season records in each category this weekend when the Broncos travel to Oakland.

Entering Week 17, 18 teams remain in contention for a trip to Super Bowl XLVIII at MetLife Stadium.

The 18 such teams ties for the fourth-most in Super Bowl contention with one week to play in NFL history (22 in 1982).

The seasons with the most teams in Super Bowl contention with one week to play:

With one week remaining in the 2013 regular season, it has already been assured that at least three teams will advance to the playoffs after missing the postseason in 2012 -- CAROLINA (11-4), KANSAS CITY (11-4) and the eventual NFC East champion, DALLAS (8-7) or PHILADELPHIA (9-6).

Since the 12-team playoff format was adopted in 1990, at least four teams have qualified for the playoffs in every season that were not in the postseason the year before.

The teams since 1990 to make the playoffs a season after failing to qualify the previous season:

The seasons with the highest scoring average in NFL history:

The Denver Broncos, who lead the league in scoring (572 points) this year, need 18 points on Sunday against Oakland to surpass the 2007 New England Patriots (589) for the most points scored by a team in a single season in NFL history. Denver (38.1) currently has the second-highest scoring average per game of any team in NFL history (1950 Los Angeles Rams, 38.8).

The teams to score the most points in a single season in NFL history:

If at least two quarterbacks reach 30 touchdown passes on Sunday, 2013 will have the most quarterbacks with at least 30 TD passes of any season in NFL history. Denver's PEYTON MANNING (51), New Orleans' DREW BREES (35), Cincinnati's ANDY DALTON (31) and Dallas' TONY ROMO (31) have thrown 30+ TD passes this season.

With 142 receiving yards, Andre Johnson would join Pro Football Hall of Famer JERRY RICE (four) as the only players with four such seasons in NFL history.

With eight receiving yards, Calvin Johnson would join Rice (four), MARVIN HARRISON (three) and Andre Johnson (three) as the only players with at least three such seasons in NFL history and would be the first with three 1,500-yard season in a row.

The players with the most 1,500-yard receiving seasons in NFL history: