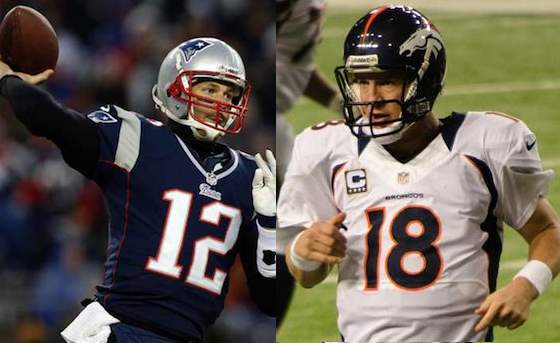 "Every team we play is good and every game is bigger than the next," says New England head coach Bill Belichick about the playoffs. "We just have to try to find some way to come out on top next week. That's really all it is."

The final four teams are set and this Sunday will determine the two teams to play in Super Bowl XLVIII.

Championship Sunday begins with the AFC Championship game between the New England Patriots and Denver Broncos. The Patriots defeated Indianapolis 43-22 last week while the Broncos knocked off San Diego 24-17.

The NFC Championship Game features the NFC West rivals San Francisco 49ers and Seattle Seahawks. The 49ers won at Carolina 23-10 in the Divisional round and Seattle defeated New Orleans 23-15.

With each of the four remaining playoff clubs looking to capitalize on the momentum built this past weekend in hopes of advancing to Super Bowl XLVIII, they'll have their work cut out for them on Championship Weekend.

A preview of this year's AFC and NFC Championship Games:

The Patriots and Broncos meet for the second time this season. In Week 12, Denver jumped out to a 24-0 halftime lead before New England stormed back for a 34-31 overtime win over the Broncos.

For the 15th time in their careers, including the postseason, quarterbacks Tom Brady (New England) and Peyton Manning (Denver) will meet. Brady has guided the Patriots to 10 wins in those meetings.

"It's the Broncos versus the Patriots," says Peyton Manning. "Certainly Tom and I have played against each other a lot. But when you get to the AFC Championship Game, it's about two good teams that have been through a lot to get there."

"It's special," says Patriots Pro Bowl special teamer Matthew Slater about playing in the AFC Championship Game. "Every year it's special but this year we've been through so much. We've just found a way to rally around one another."

In the Divisional win over the Colts, the Patriots rushed for six touchdowns, one shy of the NFL postseason record of seven set by the 1940 Chicago Bears (December 8, 1940). Running back LeGarrette Blount rushed for 166 yards and four touchdowns, joining Ricky Watters (January 15, 1994) as the only players to score at least four touchdowns in a playoff game. Blount is the first player in NFL postseason history to rush for at least 150 yards and four touchdowns in a game. Stevan Ridley added two more rushing touchdowns for New England and also scored on a two-point conversion. 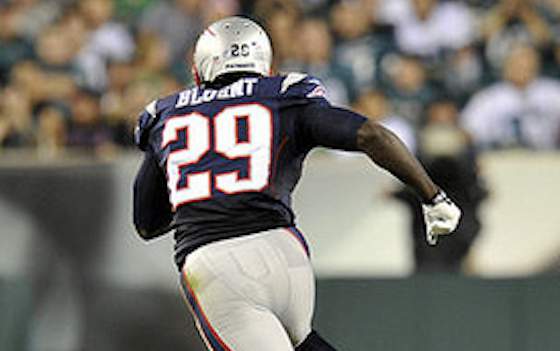 "I'm really confident," says Blount. "Those guys in front of me, the offensive line, they don't get tired. I'm not going to get tired either. So if we're going to be able to continue running the football like that throughout the playoffs, then I'll be happy with it."

Brady made his NFL QB-record 25th start in the playoffs and recorded his 18th victory, also an NFL postseason record.

"It's a great achievement for our team," says Brady about advancing to the AFC Championship Game. "There are only four teams standing. I know people have counted us out at times during this year but I think we have a locker room full of believers. Hopefully we can go out and play our best next week."

"I'm really proud of our football team and we're looking forward to moving on to a bigger game next week," says Belichick.

The top-seeded Broncos defeated San Diego 24-17 as Manning tossed two touchdown passes and running back Knowshon Moreno rushed for a score. Denver improved its record at home this season to 8-1, outscoring opponents 340-197.

"The Patriots have a great football team," says Broncos Pro Bowl wide receiver Demaryius Thomas. "They beat us a couple weeks back and our main focus is to see what they do to help them keep winning. We're going to work on it this week and hopefully come Sunday, we get the W."

Manning threw for 230 yards in the Divisional game and has 5,909 career passing yards in the postseason. Against the Chargers in the divisional round, he passed Pro Football Hall of Famer Joe Montana (5,772) and Brett Favre (5,855) to move into second place all-time. Only New England's Brady (6,147) has more.

For the third time this season, the 49ers and Seahawks will meet. The teams split the regular-season series with each winning at home.

"I think it's the best rivalry in football right now," says FOX analyst Troy Aikman about the 49ers and Seahawks.

The 49ers advanced to their 15th NFC Championship Game, tying Pittsburgh for the most since 1970. 49ers Head Coach Jim Harbaugh has now guided his team to the NFC Championship Game in each of his first three seasons, the only head coach since the 1970 merger to accomplish the feat. 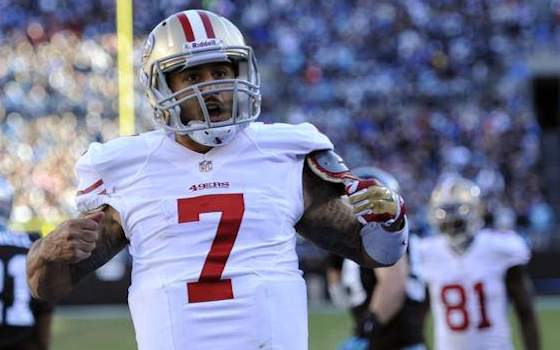 At Carolina in the Divisional round, San Francisco scored 17 unanswered points in the 49ers' 23-10 victory over the Panthers. The 49ers' defense did not allow a point in the second half. Now the team hopes to carry the momentum into Seattle, where the Seahawks have won the past two meetings by a combined score of 71-16.

"We're ready to go," says 49ers quarterback Colin Kaepernick, who is 4-1 in his postseason career. "We're a different team than the last time we played them up there."

This time against the Panthers, wide receiver Anquan Boldin had eight catches for 136 yards and Pro Bowl running back Frank Gore rushed for 84 yards. Pro Bowl linebacker Ahmad Brooks had 2.5 sacks and has 4.5 sacks in the 2013 playoffs, tied for the most sacks by a 49er in a single postseason.

"To be in the NFC Championship Game, it means a lot," says Seattle Pro Bowl quarterback Russell Wilson. "It's a testament to our hard work and preparation as a whole. The thing for us is that we haven't done anything yet. We have to stay focused and play the best football that we can play."

In the team's Divisional win over New Orleans, Pro Bowl running back Marshawn Lynch rushed for a franchise postseason-record 140 yards and scored two touchdowns. In five career playoff games, Lynch has rushed for five touchdowns and has three 100-yard games. 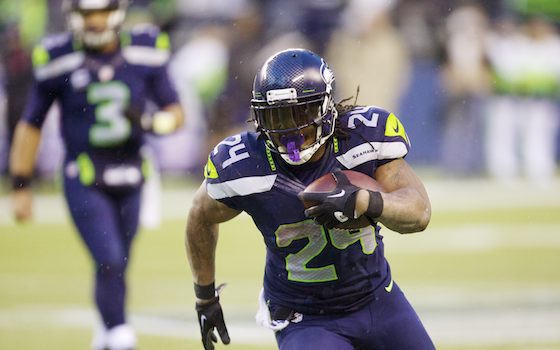 "Marshawn battles every week and when you give him chances, he makes play," says Seattle head coach Pete Carroll about Lynch. "He just continues to crank it out for us."

The Seattle defense, which led the NFL in points allowed (231), total defense (273.6 yards per game) and pass defense (172.0) during the regular season, limited the Saints to 15 points. Defensive end Michael Bennett had two forced fumbles, a recovery and combined with defensive end Cliff Avril for a sack. Pro Bowl safety Kam Chancellor led the team with 14 tackles and tied with Pro Bowl safety Earl Thomas for the club lead with two passes defensed.

The Seahawks have won six consecutive postseason home games and are 16-1 at CenturyLink Field over the past two seasons.