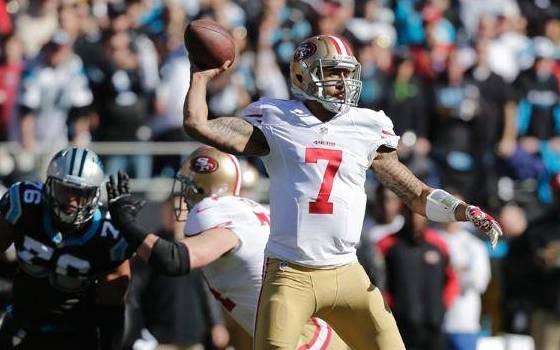 Colin Kaepernick threw a touchdown pass and ran for another score to lead the San Francisco 49ers to a 23-10 victory over the Carolina Panthers and a spot in the NFC Championship Game Sunday at Bank of America Stadium.

Kaepernick completed 15 of 28 passes for 196 yards and rushed for a four-yard touchdown run in the third quarter as the 49ers advanced to the NFC title game against the Seattle Seahawks next Sunday at CenturyLink Field.

Frank Gore rushed 17 times for 84 yards to pass Steve Young on the franchise's all-time postseason rushing list while Anquan Boldin caught eight passes for 136 yards to help the 49ers avenged their 10-9 loss to the Panthers in Week 10.

"It was a real arm-wrestling kind of struggle," said 49ers coach Jim Harbaugh, who became the first NFL coach since the league's reshaping in 1970 to advance to the conference title match in each of his first three seasons.

Cam Newton struggled in his first playoff game, completing 16 of 25 passes for 267 yards and a touchdown but he had two interceptions, including one in the fourth period that sealed their doom. 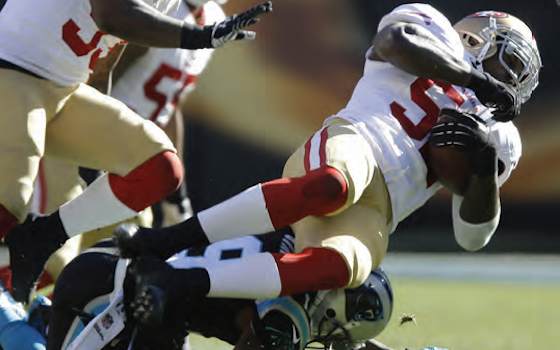 Newton also rushed for 54 yards on 10 carries but his efforts went for naught as the Panthers were held scoreless in the second half.

San Francisco gained a 6-0 lead in the first period on Phil Dawson's field goals from 49 and 33 yards.

In the second, the Panthers retaliated with Newton's 31-yard pass to veteran wideout Steve Smith and made it a 10-6 game behind Graham Gano's 24-yard field goal.

Kaepernick drove down the field and completed a one-yard touchdown pass to tight end Vernon Davis just before halftime to give the 49ers a 13-10 advantage at the break. 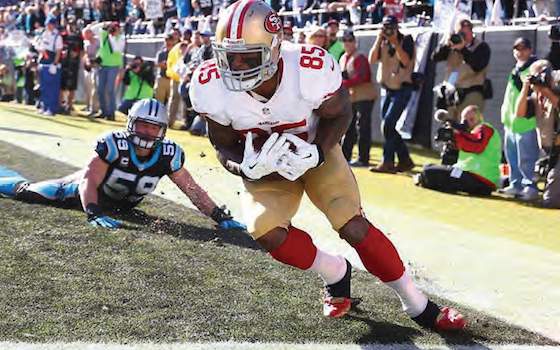 In the third, Kaepernick capped a 77-yard drive with a four-yard touchdown run for a 20-10 lead. He celebrated by imitating Newton's signature move before kissing his bicep. Dawson made his third field goal of the game to put the Panthers away.

With the victory over Carolina, San Francisco will be playing in its 15th NFC Championship Game, tying the Pittsburgh Steelers for the most appearances in a Conference Championship Game since 1970.