Turnovers Key to Victory in the NFL 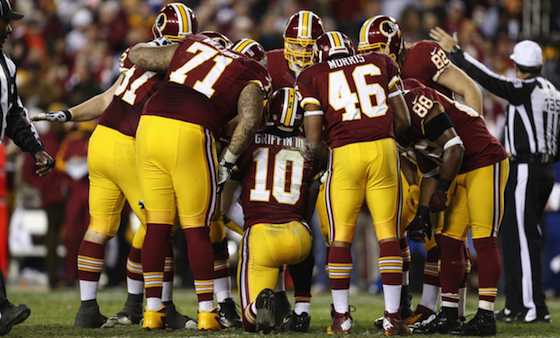 "You win games when you force turnovers on defense," says St. Louis Rams head coach JEFF FISHER. "You never get tired of preaching turnovers; that's one of the key factors in wins and losses."

The top seven teams in the category all finished with a winning record and combined for a 77-35 (.688) mark.

The seven teams with a +10 or better net turnover differential in 2012:

Last year, the NFC East champion Redskins had only 14 giveaways, tying for the fifth-fewest turnovers in a 16-game season in NFL history. The Redskins' 14 giveaways were also the fewest turnovers committed by a team starting a rookie quarterback in every game.

Turnovers Key to Victory in the NFL