Excelling on Third Down 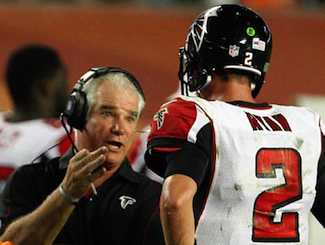 Last season, the New England Patriots led the NFL with the highest third-down conversion percentage (48.7), followed by the Atlanta Falcons (45.1) and Denver Broncos (45.1). The three teams each won its respective division and combined for a 38-10 record (.792).

The teams with the best third-down conversion percentage in 2012:

Excelling on Third Down