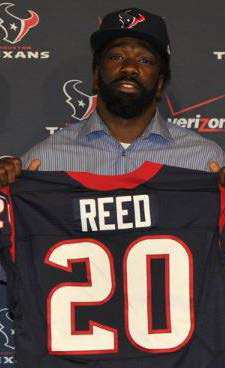 Whether through free agency or trades, this offseason contained big-name switches that may alter the landscape of the 2013 NFL season.

"I have watched Houston so many times, I know what this team has and what this organization has," says Reed. "There's a goal that's been set, from top to bottom, and I want to come in to play championship football."