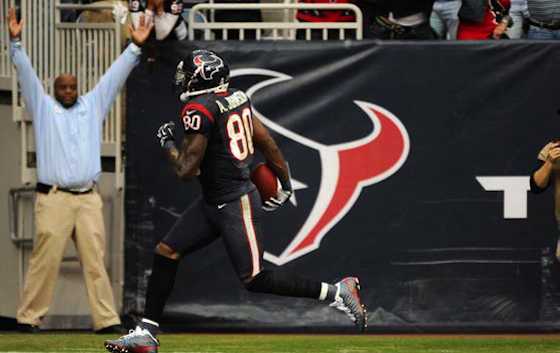 With so many close games, it's no surprise that 22 were ultimately decided in overtime.

The rules for modified sudden death overtime were expanded to the regular season for the first time in 2012.

From Andre Johnson's game-clinching 48-yard touchdown catch (above) in Houston's 43-37 overtime decision against Jacksonville in November to Baltimore's 38-35 double overtime playoff victory against Denver -- the fourth-longest game in NFL history (76:42) -- 2012 was full of exciting OT action.

The NFL teams with the best overtime records since overtime was instituted in 1974: