Exciting Plays in the Return Game 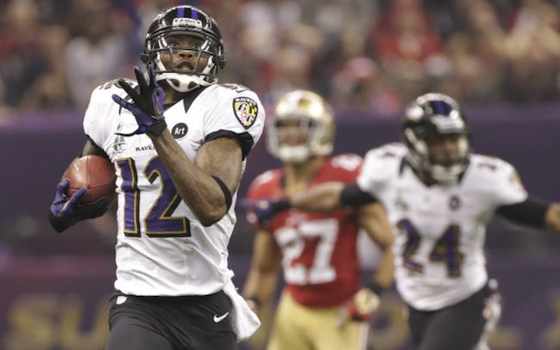 Last season featured many exciting plays in the return game. There were eight individual 100-yard kickoff-return touchdowns during the regular season, the most in NFL history. These exhilarating plays, made by some of the game's most dynamic playmakers, started early and kept coming.

In Green Bay, Randall Cobb opened the season with a 75-yard punt-return touchdown, becoming the only player in history to score on a kick return (kickoff or punt) on Kickoff Weekend in each of his first two NFL seasons. Cobb also became the first player in NFL history with at least 900 kickoff-return yards (964) and 900 receiving yards (954) in a single season.

Denver's Trindon Holliday became the first player in NFL playoff history to return a punt and a kickoff for a touchdown in the same game as he had a 104-yard KR-TD and an NFL postseason record 90-yard PR-TD in the Divisional Playoffs.

For the Super Bowl champion Baltimore Ravens, JACOBY JONES shined during the regular season and in the playoffs, returning one punt and three kickoffs for touchdowns, including one in the Ravens' victory in Super Bowl XLVII. Jones had three 105+ yard kickoff returns in 2012 (including the playoffs), the most by a player in NFL history for an entire career.

"Jacoby has been a blessing to this team and we are just so grateful to have him," says Ravens head coach JOHN HARBAUGH. "He's dangerous on every single kick." Holliday and Jones joined Darius Reynaud, Micheal Spurlock and Marcus Thigpen as the only NFL kick returners to score a touchdown on both a punt and a kickoff return in 2012.

Percy recorded a 105-yard KR-TD in Week 1, joining Tony Horne as the only players in NFL history to have three KR-TDs of at least 100 yards under the age of 25.

The only player in NFL history with a PR-TD (90 yards) and KR-TD (104) in the same postseason game. His 90-yard PR-TD in the longest in NFL playoff history.

In Week 17, Darius Reynaud recorded an 81-yard PR-TD and a 69-yard PR-TD, becoming the 16th player in NFL history to have two PR-TDs in the same game.

Exciting Plays in the Return Game