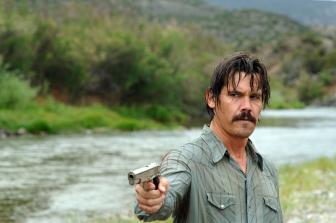 Best Picture "No Country For Old Men" is a mesmerizing thriller from Academy Award-winning filmmakers Joel and Ethan Coen, based on the acclaimed novel by Pulitzer Prize winning American master, Cormac McCarthy.

The time is our own, when rustlers have given way to drug-runners and small towns have become free-fire zones. 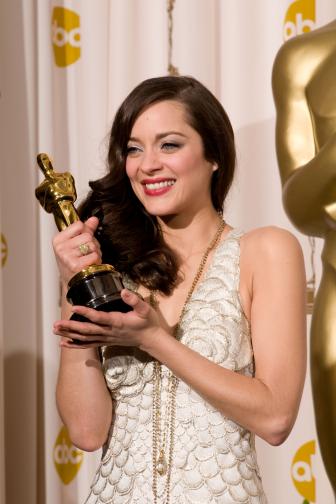 "Thank you life, thank you love, and it is true, there is some angels in this city." -- Marion Cotillard.

Marion Cotillard won the 2008 Best Actress Oscar for her portrayal of the singer Edith Piaf in the film La Vie En Rose. This is Marion Cotillard's first Academy Award and was her first Oscar nomination.

Cate Blanchett as Queen Elizabeth I in
Elizabeth: The Golden Age

Julie Christie as "Fiona Anderson" in Away from Her 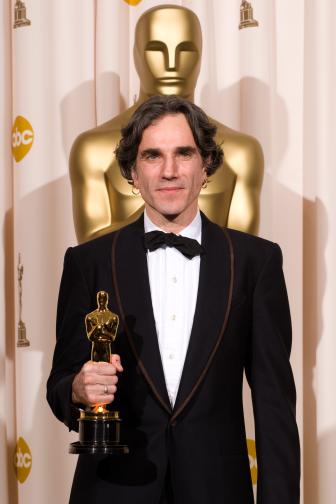 Daniel Day-Lewis as Daniel Plainview in "There Will Be Blood""

This is Daniel Day-Lewis' second Best Actor Oscar and his fourth nomination in the Best Actor category. He won an Oscar for his performance in My Left Foot (1989) and was nominated for In the Name of the Father (1993) and Gangs of New York (2002). 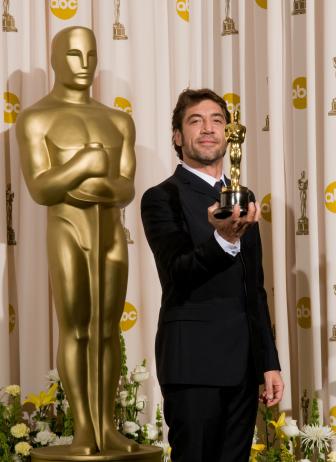 Javier Bardem in "No Country for Old Men"

Acclaimed Spanish actor Javier Bardem, who landed the plum role of Chigurh, the killer who embodies the sinister heart of the borderlands drug world, was not familiar with the book until he had read the script, which instantly grabbed him.

"I thought it was a very powerful story about violence and about how to control and stop the huge wave of violence that the world is living through right now," he says of the adaptation.

Bardem has quickly risen as one of international cinema’s greatest talents, garnering an Academy Award® nomination for his role as Cuban poet Reinaldo Arenas in BEFORE NIGHT FALLS, and winning the Best Actor Award at the Venice Film Festival as the remarkable bedridden hero of THE SEA INSIDE. With Chigurh, Bardem faced one of his most exciting challenges yet – embodying a mythic villain whose soul appears to let in no light.

Hal Holbrook in "Into the Wild" 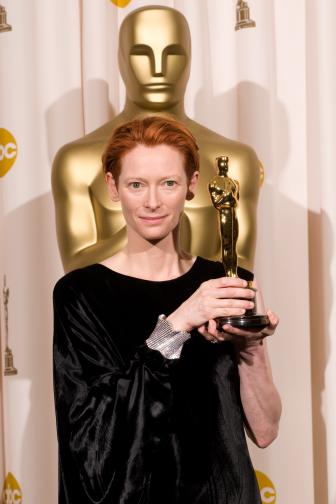 Karen is an aggressively ambitious litigator who has just been promoted to the seat of U/North's in-house chief counsel, and assumes the duty of guaranteeing a successful outcome in the class action suit.

In casting Tilda Swinton in the role, Gilroy states, "There are so many great actresses out there, but Tilda stood out in my mind. She is somebody who is strong enough to carry the extra burden of Karen's solitary scenes. She is also very convincing in portraying someone who's deeply flawed."

Tilda Swinton observes, "Karen is a high-powered executive who's overwhelmed by ambition and seduced by money and power. I think there are a lot of people in all sorts of high-level business situations who will sympathize with the kind of panic attack she has. There are three billion dollars at stake, and those sums of money can do really bad things to people's judgment."

Cate Blanchett in "I’m Not There"

2008 Achievement in Cinematography Oscar Winner - "There Will Be Blood"

"The Diving Bell and the Butterfly"
Janusz Kaminski

"Across the Universe" Albert Wolsky

"No Country for Old Men" Joel Coen and Ethan Coen

"The Diving Bell and the Butterfly" - Julian Schnabel

"There Will Be Blood" - Paul Thomas Anderson

Taxi to the Dark Side

No End in Sight

The Diving Bell and the Butterfly - Juliette Welfling

Into the Wild - Jay Cassidy

There Will Be Blood - Dylan Tichenor

Pirates of the Caribbean: At World’s End - Ve Neill and Martin Samuel

"Falling Slowly" from Once

Music and Lyrics by Glen Hansard and Marketa Irglova

"Raise It Up" from "August Rush"
Music and Lyrics by Jamal Joseph, Charles Mack and Tevin Thomas

"So Close" from Enchanted
Music by Alan Menken, Lyric by Stephen Schwartz

"That’s How You Know" from "Enchanted"
Music by Alan Menken, Lyric by Stephen Schwartz

I Met the Walrus

A Frame by Frame Italia Production

An Another Dimension of an Idea Production

Karen Baker Landers and Per Hallberg

"There Will Be Blood" (Paramount Vantage and Miramax)

"Pirates of the Caribbean: At World’s End" (Walt Disney)

"Away from Her" (Lionsgate)

"The Diving Bell and the Butterfly" (Miramax/Pathé Renn)

Written for the screen by Joel Coen & Ethan Coen

"There Will Be Blood" (Paramount Vantage and Miramax)

Written for the screen by Paul Thomas Anderson

"Lars and the Real Girl" (MGM)