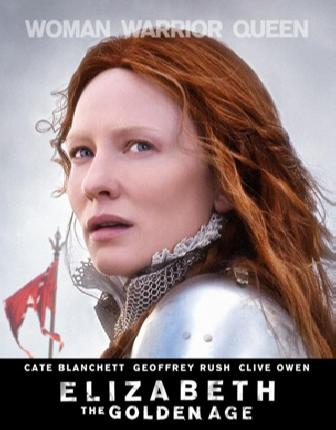 This is Cate Blanchett's fifth Oscar Nomination and the second Academy Award Nomination in the Best Actress category.

Cate Blanchett was also nominated for her leading role in Elizabeth (1998). Her supporting role nominations were for The Aviator (2004), for which she won the Oscar, and Notes on a Scandal (2006).

Reprising the role she originated in the seven-time Academy Award-nominated "Elizabeth", Cate Blanchett returns for a gripping historical thriller laced with treachery and romance in "Elizabeth: The Golden Age."

Cate Blanchett is also nominated this year in the supporting category for "I’m Not There."

About the Movie "Elizabeth: The Golden Age"

Preparing to go to war to defend her empire, Elizabeth struggles to balance ancient royal duties with an unexpected vulnerability in her love for Raleigh. But he remains forbidden for a queen who has sworn body and soul to her country. Unable and unwilling to pursue her love, Elizabeth encourages her favorite lady-in-waiting, Bess (Abbie Cornish), to befriend Raleigh to keep him near. But this strategy forces Elizabeth to observe their growing intimacy.

As she charts her course abroad, her trusted advisor, Sir Francis Walsingham (Academy Award® winner Geoffrey Rush), continues his masterful puppetry of Elizabeth's court at home--and her campaign to solidify absolute power. Through an intricate spy network, Walsingham uncovers an assassination plot that could topple the throne. But as he unmasks traitors that may include Elizabeth's own cousin Mary Stuart (Samantha Morton), he unknowingly sets England up for destruction.

Since graduating from Australia’s National Institute of Dramatic Art (NIDA), CATE BLANCHETT (Elizabeth) has worked extensively in the theater, significantly with Company B, a loose ensemble of actors (including Geoffrey Rush, Gillian Jones and Richard Roxburgh) based at Belvoir Street, under the direction of Neil Armfield. Her roles have included Miranda (The Tempest), Ophelia (Hamlet – for which she was nominated for a Green Room Award), Nina (The Seagull) and Rose (The Blind Giant Is Dancing).

Her television credits include lead roles in Bordertown and Heartland, both for the Australian Broadcasting Commission.

Her film roles include Susan Macarthy in Bruce Beresford’s Paradise Road; Lizzie in Thank God He Met Lizzie, an anti-romantic comedy directed by Cherie Nowlan, for which Cate was awarded both the Australian Film Institute (AFI) and the Sydney Film Critics awards for Best Supporting Actress; and Lucinda in Oscar and Lucinda, opposite Ralph Fiennes and directed by Gillian Armstrong, a role that earned her an AFI nomination for Best Actress. In 1998, Cate portrayed Queen Elizabeth I in the critically acclaimed Elizabeth, directed by Shekhar Kapur, for which she received a Golden Globe Award for Best Actress in a Drama and a BAFTA for Best Actress in a Leading Role, as well as Best Actress Awards from the Chicago Film Critics Association, the London Film Critics Circle, the Toronto Film Critics Association, the Online Film Critics, Variety Critics and the U.K. Empire Award. She also received a Best Actress nomination from the Screen Actors Guild and the Academy of Motion Picture Arts and Sciences.

In 1999, Cate appeared in Pushing Tin with John Cusack, a black comedy about air traffic controllers directed by Mike Newell; An Ideal Husband, directed by Oliver Parker; and The Talented Mr. Ripley, directed by Anthony Minghella, for which she received a BAFTA nomination for Best Supporting Actress. Cate also starred in The Gift, directed by Sam Raimi, and in Sally Potter’s The Man Who Cried, which premiered at the Venice Film Festival and for which Cate was awarded Best Supporting Actress by the National Board of Review and the Florida Film Critics Circle.

In 2002, Cate was also seen in the title role of Charlotte Gray, directed by Gillian Armstrong and based on Sebastian Faulks’ best-selling novel. Cate also appeared in Heaven, opposite Giovanni Ribisi and directed by Tom Tykwer, which premiered at the Berlin Film Festival (where the film was awarded the Golden Camera Award).

In 2003, Cate was seen in Veronica Guerin, the fact-based story of the Irish journalist who was slain in her homeland in 1996 by drug dealers, which was directed by Joel Schumacher. Her performance earned her a Golden Globe nomination in the category of Best Performance by an Actress in a Motion Picture – Drama and a nomination by the Washington, D.C. Area Film Critics Association for Best Actress. She also starred in the Columbia Pictures’ thriller The Missing, opposite Tommy Lee Jones for director Ron Howard; the film was released in November 2003.

In early 2004, Cate appeared in the film Coffee & Cigarettes for director Jim Jarmusch. In this United Artists release, Cate played two roles opposite each other – herself and the role of her cousin. Her performances earned her a Best Supporting Female nomination for the 2005 Independent Spirit Awards.

In July 2004, Cate returned to the Sydney Theatre Company to play the title role in Andrew Upton’s adaptation of Hedda Gabler. The play was a critical success, earning her the prestigious Helpmann Award for Best Female Actor in a Play. She also starred in her first Australian film in several years, Little Fish, directed by Rowan Woods, for which she was awarded Best Actress by the Australian Film Institute.

Cate received an Academy Award® for her portrayal as Katharine Hepburn in The Aviator, directed by Martin Scorsese. She was also honored with the BAFTA Award and a SAG Award for her role in the 2005 release. Additionally, she was recognized by several critics’ organizations and received a nomination from the Hollywood Foreign Press Association.

In 2006 Cate was seen in Babel, opposite Brad Pitt, directed by Alejandro González Ińárritu. The film received a Golden Globe Award and was nominated for numerous awards, including an Academy Award® and a SAG Ensemble Award. Cate was also seen in The Good German, costarring with George Clooney, directed by Steven Soderbergh. She received a Golden Globe nomination, a SAG nomination and an Academy Award® nomination for Notes on a Scandal, opposite Judi Dench. Also in 2006, Cate and her husband, Andrew Upton, were named codirectors of the Sydney Theatre Company. Their debut season begins in 2009.

Cate is currently in production on the fourth installment of Indiana Jones, with Harrison Ford, directed by Steven Spielberg. Todd Haynes’ I’m Not There will be released on November 21 of this year. Cate has also completed production on The Curious Case of Benjamin Button, costarring Brad Pitt and directed by David Fincher, a 2008 release. 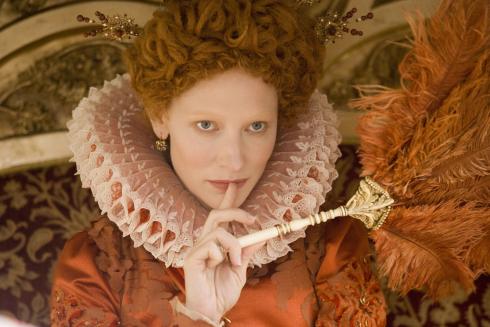