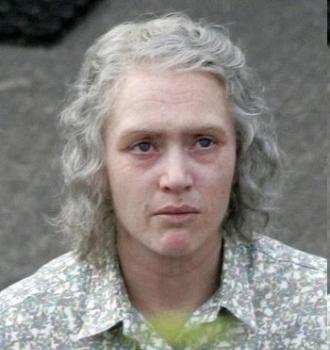 Kate Winslet answers that one as honestly as she can in the film version of Bernhard Schlink's 1995 novel "The Reader," the tale of a 15-year-old West German boy who, in 1958, embarks on an affair with a 36-year-old trolley conductor with more on her mind, and in her past, than she admits.

With a heavy gait and the eye of a sorrowful predator, Winslet portrays Hanna Schmitz, who disappears from young Michael's life as mercurially as she entered it.

Years later Michael, played by young German actor David Kross, is a Heidelberg law student. One day at a war-crimes trial of female Auschwitz guards, he hears the name of his former lover cited along with several other women. She stands before him, a shell of a woman, still laden with secrets. He cannot believe it. His predatory dream woman was a Nazi.

Told, coolly, from Michael's perspective, the novel was hugely popular as well as controversial worldwide and an Oprah's Book Club selection besides.

I'm afraid it needed a different set of interpreters to make any emotional sense of it on screen. Even in the scenes dominated by Winslet, and in a strong late appearance by Lena Olin as a camp survivor, you never quite believe the way anything unfolds.

Visually, the film doesn't feel lived-in or textured; it's all neat and tidy and on-the-nose. Adapted by David Hare and directed by Stephen Daldry, Hare's colleague on the portentous film version of "The Hours," "The Reader" risks fraudulence the second Winslet's Hanna scoops up the ailing Michael (he has scarlet fever in the film, hepatitis in the book), points to the tub in her stern little flat (beautifully lighted by two ace cinematographers, Roger Deakins and Chris Menges) and flatly declares, "Take off your clothes."

Hanna and Michael spend many stolen hours together, as he reads Homer and D.H. Lawrence to her, always before intercourse, never after.

Even though Winslet can adjust, brilliantly and almost imperceptibly, any character's emotional temperature, Hanna remains a knotty abstraction, not a dimensional being. Chronologically scrambled by Hare, the story becomes a paean to the glories of literacy and a facile inquiry into collective German guilt. As for the fate of the 300 Jewish camp prisoners that led to Hanna's trial, well, that's another Holocaust film, not this one.

So many thousands of Hitler's willing executioners remade or buried their former selves after the war.

"The Reader" is interested in the psyche and the fate of one (fictional) example and her impact on the life of a boy on the verge of manhood. The problem is that the characters' give-and-take, with each other or within themselves, lacks the edges and contradictions of real life. The older Michael is portrayed by Ralph Fiennes, who doesn't have much to express except dashing reserve and reserved, vaguely troubled dash. Daldry can be a vibrant stage director -- his revival of J.B. Priestley's "An Inspector Calls" was particularly rich -- but he's spotty on film, and while he and Hare enjoyed a succès d'estime with "The Hours," only the fancy, propulsive structure of the narrative prevented Hare's dour sensibility from gumming up the works.

In the novel version of "The Reader," Schlink observes: "We all condemned our parents to shame, even if the only charge we could bring was that after 1945 they had tolerated the perpetrators in their midst."

What happens to our own sense of morality when we learn something awful about someone we thought we knew? It's a sound query. And it's worth answering more truthfully than this film does.

MPAA rating: R (for some scenes of sexuality and nudity).

Kate Winslet - Best Performance by an actress in a leading role

About the Movie "The Reader"

The movie "The Reader" opens in post-WWII Germany when teenager Michael Berg becomes ill and is helped home by Hanna, a stranger twice his age. Michael recovers from scarlet fever and seeks out Hanna to thank her. The two are quickly drawn into a passionate but secretive affair.

Michael discovers that Hanna loves being read to and their physical relationship deepens. Hanna is enthralled as Michael reads to her from The Odyssey, Huck Finn” and The Lady with the Little Dog.”

Despite their intense bond, Hanna mysteriously disappears one day and Michael is left confused and heartbroken.

Nearly a decade after his affair with an older woman came to a mysterious end, law student Michael Berg re-encounters his former lover as she defends herself in a war-crime trial.