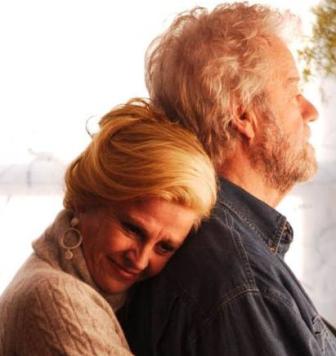 Julie Christie received a Best Actress Oscar Nomination in 2008 for her role as "Fiona Anderson" in the movie "Away From Her."

This is Julie Christie's fourth Academy Award nomination in the Best Actress category.

Arguably the most genuinely glamorous, and one of the most intelligent, of all British stars, Julie Christie brought a gust of new, sensual life into British cinema when she swung insouciantly down a drab northern street in John Schlesinger's Billy Liar (1963).

The appeal of "Away From Her" lies in the casting as much as in the story. Oscar-winning actresses Julie Christie and Olympia Dukakis were joined by Gordon Pinsent and Michael Murphy, both award-winning actors in their own right. Says Weiss, "Having actors who we are all familiar with is crucial to the story because we have to feel connected with them from the beginning."

Julie Christie was the first, and only, person to be considered for Fiona Anderson, the charming, vulnerable woman who is described in Munro’s story as "ethereal, light and sly."

"Julie is captivating, magnetic and stunningly beautiful," says Polley. "She has the sharpest mind and this piercing gaze into other people. She’s full of life and wonder and curiosity, and it’s impossible not to fall in love with her. But you’re always chasing her because she’s with you one second and not the next – and that was exactly my experience with the character of Fiona in the short story."

"Julie surpassed all of our expectations," avows Urdl. "Fiona has to be vibrant and with it, and then you have to see her deterioration. Julie has the ability to do that without appearing forced. She is so present and yet there is something ephemeral about her."

About the Movie "Away From Her"

"Away From Her" is the lyrical screenplay adaptation of celebrated author Alice Munro's short story "The Bear Came Over the Mountain." A beautifully moving love story that deals with memory and the circuitous, unnamable paths of a long marriage.

Married for almost 50 years, Grant (Gordon Pinsent) and Fiona's (Julie Christie) commitment to each other appears unwavering, and their everyday life is full of tenderness and humor. This serenity is broken only by the occasional, carefully restrained reference to the past, giving a sense that this marriage may not always have been such a fairy tale.

This tendency of Fiona's to make such references, along with her increasingly evident memory loss, creates a tension that is usually brushed off casually by both of them. As the lapses become more obvious and dramatic, it is no longer possible for either of them to ignore the fact that Fiona is suffering from Alzheimer's disease.

Trained for the stage at Central School, after an Indian childhood and English education, she first became known as the artificially created girl in TV's "A for Andromeda" (1961), before making her cinema debut in 1962 in two amusing, lightweight comedies directed by Ken Annakin, CROOKS ANONYMOUS and THE FAST LADY. She then went on to perform in seasons at the Birmingham Repertory Theatre and the Royal Shakespeare Company.

Schlesinger cast her as the silly, superficial, morally threadbare DIANA OF DARLING (1965), for which she won the Oscar, the British Academy Award and New York Critics' award, and which is now powerfully resonant of its period, and again as Thomas Hardy's willful Bathsheba, in FAR FROM THE MADDING CROWD (1967), with other 60s icons, Terence Stamp and Alan Bates. Her Lara intermittently illuminates David Lean's DR. ZHIVAGO (UK/US, 1965) and the color cameras adored her.

Notwithstanding her beauty, she continued to make the running as a serious actress in demanding films such as Joseph Losey's THE GO-BETWEEN (1971), as the bored upper-class woman who ruins a boy's life by involving him in her sexual duplicities; Nicolas Roeg's DON’T LOOK NOW (UK/Italy, 1973), with its famously erotic love scenes between Christie and Donald Sutherland; she then appeared in Uncle Vanya on Broadway directed by Mike Nicholls and in three US films with Warren Beatty: Robert Altman's MCCABE & MRS. MILLER (1971), as a tough Cockney madame out west, (for which she was nominated for an Academy Award) SHAMPOO (1975) and HEAVEN CAN WAIT (1978).

She was greatly in demand, but became much more choosy about her roles as her own political awareness increased. This means that some of her later films MEMOIRS OF A SURVIVOR (d. David Gladwell, 1980) and the documentary THE ANIMALS FILM (d. Victor Schonfeld, 1981),

However, the talent and the beauty remained undimmed in such British films as RETURN OF THE SOLDIER (d. Alan Bridges, 1982), Kenneth Branagh's HAMLET (UK/US, 1996) as Gertrude, and, in the US, AFTERGLOW (d. Alan Rudolph, 1997), for which she was Oscarnominated. In 1995, she returned to the stage in a revival of Harold Pinter's Old Times directed by Lindy Davies to laudatory reviews. 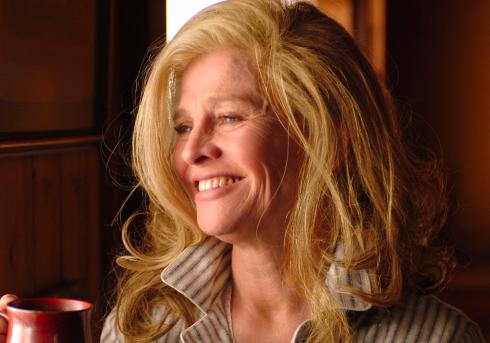