The Clash of Civil Persuasions 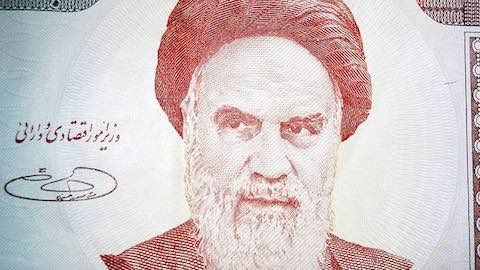 The Clash of Civil Persuasions

'The Clash of Civilizations' is not between fundamentalist Muslims and Western governments.

Many pundits interpret the troubling spread of ISIS as proof that a “clash of civilizations” is emerging between the traditionally liberal West and a bloc of illiberal Islamists. For instance, Arutz Sheva's Tuvia Brodie argues that ISIS, as a ruthless Jihadist organization, “mocks our Western values” and “laughs at our belief in freedom and human rights.” The Christian Post's Noah Beck avers that “Islamist groups like ISIS, al-Qaeda, Boko Haram, and Iran-backed Hamas and Hezbollah, all seek the destruction of Western values and civilization.” American Thinker‘s Alexander Grass lambastes the Muslim Brotherhood as “an organization of woman-beating church-burners” and contrasts a "Nazi-like Islamist ideology" with the United States' “universal admiration for democratic liberty.”

Although the oft-cited connection between the CIA and the Afghan Mujahedeen is an important part of this story, it is not the only part. We must also consider, for instance, the intimate links between the West and the early Twelver Shiite government of Iran. Amidst ongoing Cold War tension in the early 1980s, the KGB’s Vladimir Kuzichkin deserted the USSR and disclosed the names of hundreds of Iranian Tudeh Party members to the CIA and MI6. Thrilled, these Western intelligence agencies passed along the information to the Iranian state so that it could target leftist dissidents and consolidate Ayatollah Khomeini’s rule by the end of 1983.

So too did the West shore up Saddam Hussein, a non-Islamist whose human rights abuses nonetheless and justifiably offend the sensibilities of Enlightenment-inspired activists today. Presidential Envoy Donald Rumsfeld gladly met with the Iraqi despot during the Iran-Iraq War, supported American aid to the Hussein government, and personally informed Iraqi Foreign Minister Tariq Aziz that the Reagan administration was willing to “do more” to facilitate Iraq's onslaught against the Iranians. Two decades later, this same Donald Rumsfeld vehemently insisted on Hussein's disarmament for "the stability of the world" and the "security of our people." The Defense Secretary doth protest too much methinks.

As for the Muslim Brotherhood? The West assisted that bunch of “woman-beating church-burners” also. Motivated by anti-Soviet paranoia, the United States backed the Jordanian and Saudi governments in the 1970s and 1980s as they funded the Muslim Brotherhood’s war against Syria’s Soviet-friendly Hafez Al-Assad. The results were catastrophic: Syrian infrastructure deteriorated, car bombs incinerated people, and communities split apart.In fact, the Muslim Brothers’ attacks were so horrid that Jordan’s King Hussein, a recipient of CIA aid and a Brotherhood patron, publicly showed contrition several years later for supporting this group of Islamist “outlaws.”

Even ISIS, the thugs whose macabre killings have recently provoked a vigorous Western backlash, is also a partial byproduct of Western governments’ military adventurism. By deposing Saddam Hussein in order to build a “free” Iraq, the West actually created a power vacuum of intractable pandemonium. After the US ended its direct occupation of the country, the feeble, American-backed Shiite government collapsed at the hands of ISIS militants who managed to seize many of Iraq’s American-supplied weapons. To make matters worse, weaponry that Western allies sent Syrian rebels in 2013 eventually made its way into ISIS's arsenal, and many of the “moderate” soldiers whom pro-Western governments trained to fight Bashar Al-Assad eventually defected to ISIS. So this geopolitical nightmare continues.

Although many Western military apparatchiks claim to speak for their countries, we should remember that they have no exclusive claim to the ethic of the West. Indeed, like other civilizations, "the West" is a multifarious, multi-religious, multi-ethnic entity of various moral perspectives, the most valuable of which come much less from bellicose warmongers than from thinkers before us who urged prudence in military affairs. Their sentiments endure in the writings and speeches of such luminaries as Edmund Burke, whose followers generally urged skepticism toward violent attempts to remodel the world via “abstract designs.” In some of his most astute moments, Burke observed that imperious leaders, often overconfident in their powers of reason, tend to destroy social cohesion and to spawn disability and torment in the societies they overrun.

Therefore, with multiple moral traditions conflicting all over the world, there is certainly an ideological “clash” in our midst, but it does not pit Islamists against the Western governments that have supported Islamism. It instead pits all those who put a premium on the security of person, who distrust violent attempts to force "benighted" people into "enlightenment," who prize social harmony over unchecked military power against apologists for ceaseless war, pillaging and torture. Should we insist on the division of the world into temporary teams, let these moral teams be the ones that divide us, lest we war-weary citizens all over the world forgo an opportunity to collaborate in pursuit of a universal good.

Tommy Raskin has contributed to The Nation online, the Good Men Project, the Humanist Magazine, and Amherst Magazine. He has also appeared on HuffPost Live and co-hosts The Angle on WAMH 89.3 FM.

"The Clash of Civil Persuasions"