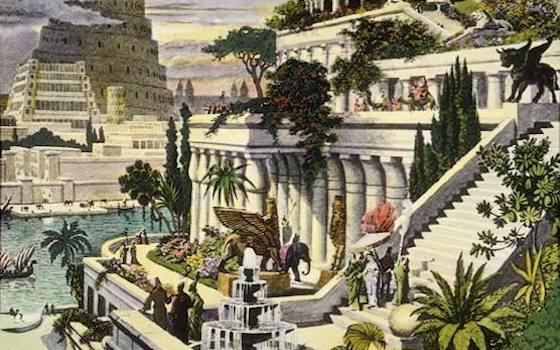 From the Assyrian Empire to the Mongols to the present, Iraq has been the perpetrator and victim of epic levels of violence

Iraq once composed much of Mesopotamia, through which the Tigris and Euphrates rivers flowed. Often viewed as the cradle of civilization in the West, Mesopotamia included the Sumer, Akkadian, Babylonian, and Assyrian empires. But even then it was dripping in blood.

What stands out in the iconography of the Assyrian kingdom is its unusually frequent and detailed depiction of extreme violence. Again and again we find muscle-bound Assyrians doing terrible things to captives: slitting throats, lopping off limbs and heads, impaling, flaying alive, displaying corpses and body parts atop city walls. Just as in the [Islamic State's] propaganda, too, the smashing of enemy idols provides another common theme.

The British Museum, which houses a spectacular collection of Assyrian art, devotes an entire gallery to reliefs from the palace of Ashurbanipal at Nineveh. The image that draws most comment is a small domestic scene showing the king relaxing with his queen in a garden as a musician strums on a harp. They sit in the shade of a tree decorated with an eye-catching ornament: the severed head of a troublesome neighboring king.

What is now Iraq reached its greatest glory with the flowering of Baghdad. In a 2010 article in the New Yorker, Ian Frazier tells the story.

In the years after the Prophet Muhammad's death, in 632, his Arab followers spread their religion along the southern Mediterranean as far west as Spain and into central Asia as far east as Pakistan. Along the way, they founded new cities or enlarged old ones, and, of all the cities of early Islam, Baghdad became the wonder. The caliph -- Islam's spiritual leader, comparable to the Pope -- founded it in 762 and finished its construction in 766.

... Within forty years, Baghdad had become the storied and romantic place it would forever be in popular imagination. [It] attracted scholars from all the domains of Islam [and it became] a crossroads [with] wealth accumulated from caravan trade arriving from each of the four directions. Poets who pleased the caliph might have pearls poured upon them; concubines for his harem sold for tens of thousands of gold dirhams. A Chinese method for making paper from flax and hemp appeared in the Middle East at about the time of the city's founding, and the new technology produced books in quantities impossible before. Almost everybody in ninth-century Baghdad could read and write. While Europe still moiled in its Dark Ages, Baghdad was a city of booksellers, bathhouses, gardens, game parks, libraries.

The palaces of the caliphs were of marble, rare woods, jade, and alabaster, with fountains and interior gardens, and carpets and wall hangings by the thousand.

In 1258, though, Baghdad reached its nadir. Oh, you thought that was Saddam Hussein's reign or, even more likely, what the United States wrought when it invaded? Worse by a wide margin was the sacking of Baghdad by the predictably murderous grandson of Genghis Khan.

By 1257, Hulagu had reached western Persia. ... Perhaps the Mongols had eight hundred and fifty thousand soldiers; certainly they had more than a hundred thousand. ... On January 29, 1258, Hulagu's forces took up a position on the eastern outskirts of Baghdad and began a bombardment. Soon they had breached the outer wall. ... the caliph and his retinue came out of the city, the remainder of his army followed, they laid down their arms, and the Mongols killed almost everybody. ... Then, for a period of seven days, the Mongols sacked the city, killing (depending on the source) two hundred thousand, or eight hundred thousand, or more than a million. ... Plunderers threw away their swords and filled their scabbards with gold. Silver and jewels and gold piled up in great heaps around Hulagu's tent. ... So many books from Baghdad's libraries were flung into the Tigris that a horse could walk across on them. The river ran black with scholars' ink and red with the blood of martyrs.

As if that wasn't bad enough,

... in 1401, the unhappy city, always prone to disasters, suffered another huge one: Timur-Lenk, or (as Westerners called him) Tamerlane. ... At the head of a Mongol-Turkic army, Tamerlane destroyed kingdoms from the eastern Mediterranean to Russia to India. In 1393, he came to Baghdad and went comparatively easy on it because the inhabitants did not resist. In 1401, however, they did, and Tamerlane gave the city a trashing that finished off most of what the Mongols had overlooked.

Tamerlane's thing was building pyramids out of heads. When his forces took Baghdad, he spared almost no one, and ordered that each of his ninety thousand soldiers bring him a head (some sources say two) or lose his own life. The thousands of heads were piled into towers. ... thanks to him and to Hulagu, almost no architecture from the golden days ... has survived. Baghdad would not be a city of any consequence for another five hundred years, until its strategic location and Iraq's oil attracted the attention of world powers.

Many Muslims believe that the Mongol destruction of Baghdad and of the caliphate was the worst misfortune ever to befall Islam.

See, the reign of Saddam Hussein and the invasion and occupation of Iraq by the United States, and all the death and destruction they wrought, weren't that bad after all, were they?