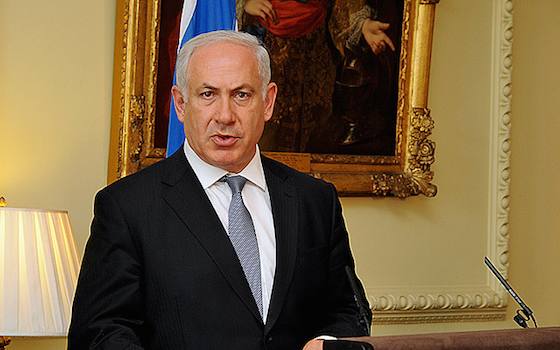 In a reply to the Monday speech, Iran also said Netanyahu continued a policy to "sabotage and disrupt" Iranian negotiations with world powers over the country's nuclear program.

The Israeli leader told the United Nations Iran is trying to trick the world into accepting an agreement to end sanctions while still allowing it to develop nuclear weapons. Iran has long declared its nuclear program to be for peaceful purposes.

Netanyahu said Iran is on a mission to spread Islamic revolution around the world, and that a nuclear-armed Iran would be more dangerous than the Islamic State group.

He said all Muslim militants, including those from the Islamic State, Hamas, al-Qaida and Boko Haram, share the same fanatical idealism and that Iran could be their power base.

The Iranian reply accused Netanyahu of spreading "Iranophobia and Islamophobia."

U.S. State Department spokeswoman Jen Psaki said the United States does not agree with Netanyahu's characterization of all Islamists.

Psaki said while Hamas and Islamic State are both terrorist groups, they pose different threats and no one is suggesting the U.S. use force against Hamas.

Mouallem urged that pressure be put on countries that have joined the U.S.-led coalition, and accused the United States of having a "dual policy" on anti-government militants in Syria by fighting some and supporting others. He said backing groups the U.S. regards as moderates creates what he called "fertile ground" for more extremism.