Is Al Qaeda Waxing or Waning? 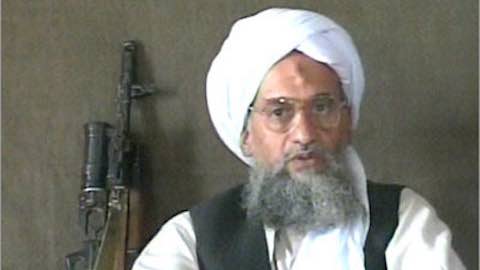 Is Al Qaeda Waxing or Waning?

Reading the tea leaves to determine whether Al Qaeda or the Islamic State will lead the Islamist extremist world.

In Politico Magazine, David Gartenstein-Ross and Bridget Moreng make the surprising claim Al Qaeda Is Beating the Islamic State. They write that, though the Islamic State "still controls more overall than Al Qaeda--most prominently, Tikrit and the southern half of the Salah al-Din province. … [it] has lost territory during this period." The "jihadist group that has won the most territory in the Arab world over the past six months is Al Qaeda."

What we are likely to see now is a titanic war of ideology and tactics between two vicious, radical groups that together probably command more prestige among Arab peoples than the weak, often delegitimized governments they have outsmarted and outfought. Perhaps the ultimate irony is that, in an era when the threat of terrorist violence is arguably worse than it was on the eve of 9/11, it is Al Qaeda--a decade ago, the scourge of Sunni governments--that may come to be seen as the more acceptable of the two by these same governments.

Aimen Dean was a founding member of al-Qaeda, who, in 1998, became a spy for Britain's MI5 and MI6. An interview with him was posted by the BBC on March 3: The spy who came in from al-Qaeda. He senses another dynamic, which he expresses in a post at Jihadology. Even though the site is administered by Aaron Y. Zelin, a fellow at WINEP -- the conservative Washington Institute for Near East Policy -- it bears reading. Titled The End of al-Qaeda, Dean writes:

Sources within Ahrar al-Sham [a coalition of Islamist movements in Syria] stated that their allies in Jabhat al-Nusra [an Al Qaeda branch in Syria and Lebanon] have told them that AQ leader Ayman al-Zawahiri will relinquish his authority – or what['s] left of it – over AQ branches globally and absolve them of their allegiance to him.

Take a moment and let that sink in. Why would Zawahiri do such a thing?

The move was in response to the rising power of Islamic State in Iraq, Syria, Egypt, Libya and Nigeria as well as new IS incursion into Yemen. AQ and Zawahiri can no longer offer any meaningful leadership and the trend among the two strongest and largest AQ branches (al-Nusra and AQAP) is that the association with AQ is no longer an asset when it come to local conflicts in Syria and Yemen, instead it is a hindrance and a liability.

Oh, there may be another reason: Zawahiri, once an MD, wants to return to medicine and spend his dotage as a country doctor. Unlikely, of course -- he never quite grasped the medical axiom "First do no harm."

"Is Al Qaeda Waxing or Waning?"