Number of Atheists in the Arab World Rivals the West 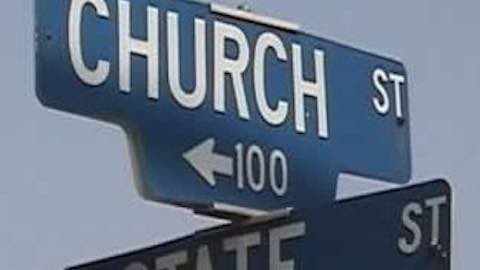 Number of Atheists in the Arab World Rivals the West

It's not easy being an atheist in an Arab state, most of which derive their legitimacy, in part, from Islam. (Dale Spencer / Flickr Commons)

According to a poll, the same percentage of Arab citizens identify themselves as confirmed atheists as Americans.

The election of a black president in 2008 seems to have triggered a social domino effect in the United States. For instance, 38 states now allow same-sex marriage. More subjectively, not only do LBGTs seem to have become more accepted in society, but atheists have come out of the woodwork. Who knew there were so many in the United States?

But it's not just an American and European phenomenon. In the New Republic, Ahmed Benchemsi writes (note where I italicized):

The Arab Spring may have stalled, if not receded, but when it comes to religious beliefs and attitudes, a generational dynamic is at play. Large numbers of individuals are tilting away from the rote religiosity Westerners reflexively associate with the Arab world. In 2012, a wide-ranging WIN/Gallup International poll found that 5 percent of Saudi citizens--more than a million people--self-identify as "convinced atheists," the same percentage as in the United States. Nineteen percent of Saudis--almost six million people--think of themselves as "not a religious person." (In Italy, the figure is 15 percent.) … the percentage of people who express some measure of religious doubt is higher in the Arab world (22 percent) than in South Asia (17 percent) and Latin America (16 percent). … These numbers are even more striking considering that many Arab countries, including Saudi Arabia, the United Arab Emirates, Sudan, and Yemen, uphold the sharia rule punishing apostasy with death.

Though, as Benchemsi notes, they don't observe it. Nevertheless

Considering the extent to which the Arab social and political environment impedes the expression of non­belief, the numbers of doubters and atheists would likely be significantly higher if people felt freer to speak their minds.

Benchemsi explains why atheism is a threat to Arab states.

All Arab regimes use religion, to various extents, as a source of legitimacy. The expression of disbelief represents, for them, an existential threat. In 2014, Saudi Arabia went as far as listing atheism and questioning the Islamic faith as terrorist acts. There is an understandable logic behind the move. "Saudi Arabia depends greatly on religious credentials, since its basic law roots the regime in Wahhabi Islam," [Brian] Whitaker, the author of Arabs Without God [said]. "If you are an atheist in Saudi Arabia, you are also a revolutionary. If atheism is allowed to flourish, the regime won't be able to survive."

Atheism is perceived as a threat to Arab societies as well.

It's not just the authorities that consider disbelief a problem. Arab societies as a whole are not wired to accept declared atheists in their ranks. … Whitaker cites Mohammed Al Khadra, a Jordanian atheist and civil society organizer, who said, "The main view is that if someone is … an atheist then he must be living like an animal. That's how they see us. I have been asked so many times why wouldn't I sleep with my mother?"

Ultimately, Benchemsi writes, "Atheism, per se, is not the problem. … Nonreligious attitudes and beliefs are tolerated as long as they're not conspicuous." It's "not religiosity that is mandatory; it's the appearance of it. … So those who publicize their atheism in the Arab world are fighting less for freedom of conscience than for freedom of speech."

"Number of Atheists in the Arab World Rivals the West"