Israel's Continuing Lack of Interest in Becoming a World Citizen 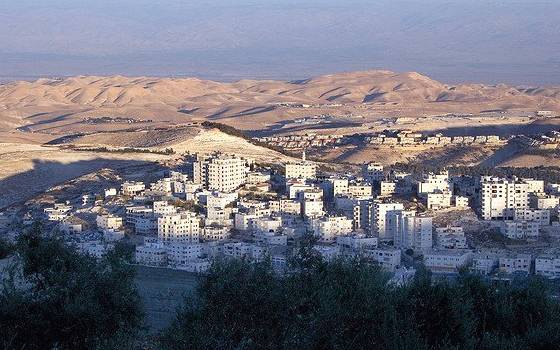 Israel's Continuing Lack of Interest in Becoming a World Citizen

Jerusalem. In the New York Times, Jodi Rudoren reports that it's "a move certain to ignite international outrage as well as to exacerbate fissures in Mr. Netanyahu's governing coalition."

The announcement, along with a parallel push for new roads and other infrastructure projects in the occupied West Bank, came amid escalating protests and violence by Palestinian residents of Jerusalem that many see as the stirrings of a third intifada, or uprising.

Right-wing Israeli ministers have been pressuring Mr. Netanyahu to speed construction in what most of the world considers illegal settlements in East Jerusalem and the West Bank, but moderates in the government have said this would only deepen Israel's isolation.

Furthermore, Israeli news media reported that Mr. Netanyahu had promised to increase West Bank construction at a meeting last week with leaders of the settlement movement and Naftali Bennett, the leader of the nationalist party Jewish Home who has threatened to leave the coalition over the issue.

In response, Tzipi Livni, the centrist justice minister who led Israel's participation in the American-brokered negotiations with the Palestinians that collapsed in April [wrote that such plans], "in our volatile reality, are irresponsible both in terms of security and diplomacy."

Yair Lapid, the finance minister who has said his Yesh Atid party will quit Mr. Netanyahu's government if the peace process with the Palestinians is not revived, said the timing would be harmful to Israel.

"This plan will lead to a serious crisis in Israel-U.S. relations and will harm Israel's standing in the world," Mr. Lapid said in a statement Sunday night. "We will fight against this," he vowed.

Yes, about Israel's standing of the world. Expanding settlements, especially in an area as volatile as East Jerusalem, only makes Israel appear provincial and unconcerned with acting like a responsible citizen of the world. Meanwhile, Palestinians are reaching out to the world that's responding more and more favorable to its request to the United Nations for statehood.

"Israel's Continuing Lack of Interest in Becoming a World Citizen"