Is the Islamic State Capable of Nuclear Terrorism? 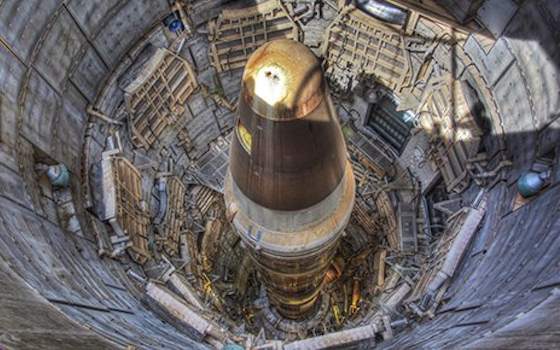 Is the Islamic State Capable of Nuclear Terrorism?

Will the Islamic State attempt to procure nuclear material as Al Qaeda once did?

After 9/11, many feared that Al Qaeda would get its hands on nuclear weapons. Such fears were stoked by the far right, especially the books of journalist Paul Williams with their provocative titles: Osama's Revenge: The Next 9/11 and The Al Qaeda Connection: International Terrorism, Organized Crime, And the Coming Apocalypse. (Yes, I read them at the time; ate them up even.)

In fact, Al Qaeda had made attempts to obtain nuclear materials. In 2007 at the New Yorker, Steve Coll asked: Can the United States be made safe from nuclear terrorism?

Even the Belfer Center of the Harvard Kennedy School issued a report in 2010. Key excerpt:

Al Qaeda's patient, decade-long effort to steal or construct an improvised nuclear device (IND) flows from their perception of the benefits of producing the image of a mushroom cloud rising over a US city, just as the 9/11 attacks have altered the course of history. This lofty aim helps explains why al Qaeda has consistently sought a bomb capable of producing a nuclear yield, as opposed to settling for the more expedient and realistic course of devising a "dirty bomb," or a radiological dispersal device.

Now such fears are beginning to be transferred to the Islamic State. Ploughshares Fund President Joseph Cirincione:

[The Islamic State, or ISIS's] seizure of banks and oil fields gave it more than $2 billion in assets. If ISIS could make the right connection to corrupt officials in Russia or Pakistan, the group might be able to buy enough highly enriched uranium (about 50 pounds) and the technical help to build a crude nuclear device. Militants recruited from Europe or America could help smuggle it into their home nations.

Or ISIS could try to build a "dirty bomb," conventional explosives like dynamite laced with highly radioactive materials. The blast would not kill many directly, but it would force the evacuation of tens of square blocks contaminated with radioactive particles.

The terror and economic consequences of a bomb detonated in the financial districts of London or New York would be enormous. [Also] ISIS could also try to get chemical weapons, such as deadly nerve gases or mustard gas. Fortunately, the most likely source of these terror weapons was just eliminated.

How would it pull that off? The Times of India reported on one fanciful idea the Islamic State had, as explained in a "manifesto believed to have been written by Abdullah Ahmed al-Meshedani, a member of the group's highly secretive six-man war cabinet."

The document, typed on perforated sheets, was seized by Iraqi special forces during a raid in March on the home of one of the commanders of ISIS, The Sunday Times reported today.

And from whom does the Islamic State propose to obtain nuclear know-how, material, or actual weapons?

In the document, which has been examined by western security officials — who believe it to be authentic — Meshedani wrote that ISIS aims to get hold of nuclear weapons with the help of Russia, to whom it would offer access to gas fields it controls in Iraq's Anbar province.

And as long as you're sharing nuclear weapons with us, Russia, one more little thing:

Also, the documents said, Kremlin will have to give up "Iran and its nuclear programme and hands over its secrets." Russia would also have to abandon support for Syrian President Bashar al-Assad and back the Gulf States against Iran.

It may not be much of a problem now, but it could be some day. On October 1 the New York Daily News reported on a statement by British Home Secretary Theresa May (emphasis added):

"If (ISIS) succeeds in firmly consolidating their grip on the land they occupy in Syria and Iraq, we will see the world's first truly terrorist state established within a few hours flying time of our country," ... Britain and the West cannot cede ISIS "the space to plot attacks against us, train their men and women, and devise new methods to kill indiscriminately," she said.

"We will see the risk, often prophesied, but thank God not yet fulfilled, that with the capability of a state behind them, the terrorists will acquire chemical, biological or even nuclear weapons to attack us."

Of course, if the United States had demonstrated more leadership in disarmament, the Islamic State would have no states from which to procure nuclear know-how, material, or the weapons themselves.

"Is the Islamic State Capable of Nuclear Terrorism?"