Syria's Future and the War against ISIS 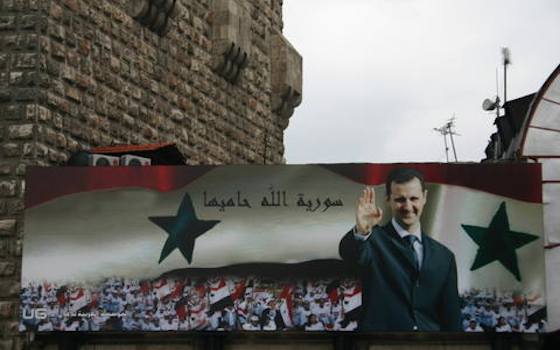 Syria's Future and the War against ISIS

How will the military campaign against ISIS affect Syria over the long-term? Murhaf Jouejati warns that unless Washington actively trains, equips and politically accommodates 'moderate' Syrian opposition forces, the greatest beneficiary of the intervention could indeed be the Assad regime

In September, US President Barack Obama publicly declared war on ISIS with the goal of degrading and destroying the extremist organization. Obama’s new stance was an escalation of his earlier, more limited decision to use American airpower against ISIS in western Iraq. In his televised speech, Obama affirmed that he would not hesitate to strike at ISIS targets in Syria as well – without seeking the Assad regime’s authorization.

What explains the shift from Obama’s earlier “hands off” approach towards Syria, and how will the new approach affect that war-torn country?

The shift in Obama’s approach

The trigger for the dramatic shift in American policy was the beheading by ISIS fighters of two American journalists, James Foley and Steven Sotloff. Against this backdrop, widespread criticism regarding Obama’s passive Syria policy had been mounting steadily. Critics took Obama to task for not having intervened in Syria’s civil war earlier, when the emergence of ISIS might have been prevented. Many argued that the negative ramifications of Obama’s passivity went beyond Syria: it emboldened Russia to annex Crimea and destabilize Ukraine, and hardened Iran’s stance in the nuclear talks -- without the fear of major retribution. At the end of the day, what forced Obama’s hand was the combination of this stinging criticism, pressure from sustained lobbying efforts by key US allies, and the significant shift in American public opinion (before the beheadings, 68% of Americans were “for” delaying the use of airpower. After the beheadings, 70% approved the use of American airpower).

Until then, most Americans had little appetite for foreign interventions, with the Afghan morass and the Iraq debacle still fresh in their minds. Moreover, the US economy was in the process of recovering from the “Great Recession.” American taxpayers were in no mood to subsidize new foreign adventures. Thus, in 2008, presidential candidate Obama promised a war-weary American electorate that, as president, he would extricate the US from the two wars he inherited from the previous administration and, instead, focus on domestic issues. This was the presidential legacy the Nobel Peace prize-winning Obama hoped to be remembered by.

Moreover, unlike his predecessor, Obama is for the most part allergic to unilateral US action abroad, preferring instead collective, multilateral action against potential threats to international peace and security. The trepidation he exhibited during the Libya crisis is one case in point: it took some effort on the part of his national security advisers to get him to commit US logistical support to America’s NATO allies -- even as the UN Security Council gave the alliance the mandate to intervene in that country.

The strategy Obama adopted in the battle against ISIS resembles the one Washington is currently implementing in Yemen and in Somalia. That strategy consists of bringing US airpower to bear in support of local allies on the ground. Thus, US airpower is to support the Iraqi army and the Kurdish Peshmerga in their fight against ISIS in Iraq. In Syria, Washington’s local allies are the “moderate Syrian rebels” – the “Free Syrian Army” (FSA), a group Obama had shunned for the past three and half years, in part because of their fragmentation. As fragmented as the FSA is said to be, however, this irregular army of anti-Assad Syrian volunteers and defected soldiers has shown resilience in its battles against both Assad’s military machine and ISIS. Although militarily inferior, the FSA has been able to dislodge ISIS fighters from certain areas in Syria (including the outskirts of Damascus) and to repulse ISIS attacks in other areas – despite very meager resources.

The impact on the conflicting parties in Syria

There is little doubt that America’s overwhelming airpower will do much to degrade ISIS military assets in both Iraq and Syria. The regular airstrikes against ISIS positions and targets by sophisticated multinational fighter and bomber aircraft (along with an assortment of long range ballistic missiles) is reportedly having some effect.

That said, US airstrikes alone will not destroy ISIS, as the latter moves its military assets and prisoners to safer grounds. ISIS has already moved its fighters into civilian areas in towns and cities in eastern Syria.

To defeat ISIS in Syria, the US and its coalition partners will have to support the FSA, Washington’s only friend therein, far more than has been the case until now and far more than Washington suggests. The Congressional authorization the Obama administration recently sought (and obtained) to train and equip five thousand FSA fighters in the coming year is simply not enough to counter, let alone defeat more than thirty thousand battle-hardened and well-equipped ISIS fighters. Furthermore, the US will have to coordinate its airstrikes with the FSA, which, to date, has not been the case.

Over and above that, Washington and the FSA must align their political goals: whereas both seek to eradicate ISIS, the FSA also seeks the downfall of the Assad regime, something Obama has thus far resisted. Despite his repeated anti-Assad rhetoric, Obama deliberately withheld significant assistance to the FSA in part because Washington seeks a political solution to the Syrian crisis (in which elements of the Assad regime and the opposition are to share power). For the purpose, Washington seeks to level the Syrian playing field by providing the FSA sufficient military power to challenge the Assad regime but not enough to defeat it. The hope is that a weakened Assad would then be more willing to make concessions to the rebels than had been the case in the failed Geneva II talks.

Another factor that complicates the US-FSA relationship is their differing views on the al-Qaeda affiliated Nusra Front. In addition to ISIS, the US air force carried out airstrikes against the Nusra Front, or, more precisely, “Khorasan,” a little known extremist network said to be working to bolster the Nusra Front’s transnational jihadist profile. According to press reports based on US intelligence sources, this group is said to have been preparing an attack against US soil. Although US airstrikes against Khorasan make sense from an American perspective, they don’t from the perspective of the moderate Syrian rebels: one, they have never heard of Khorasan; and two, although the FSA is not enamored with the Nusra Front’s Takfiri ideology, the latter has, more often than not, served as a valuable ally in its war against both ISIS and the Assad regime.

In sum, if US airpower is married to would-be US-trained and US-equipped moderate Syrian rebel ground forces, the match could well be a winning ticket -- with the proviso that Washington assist them in a meaningful way and coordinate its air operations with them. On the other hand, if things remain equal, the main beneficiary of the US intervention in Syria would, unwittingly, be the Assad regime.

"Syria's Future and the War against ISIS"