The Islamic State Needs to Be Stopped, But With Imagination, Not Intervention 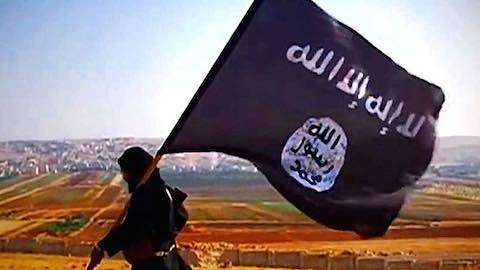 The Islamic State Needs to Be Stopped, But With Imagination, Not Intervention

One shudders to think of the Islamic State demolishing historical sites in Palmyra such as this amphitheater. (Photo: Wikimedia Commons)

Intervention may not be the answer, but the damage that the Islamic State wreaks on the regions it rules requires immediate action.

Recently, I posted Seizures of Ramadi and Palmyra Suggest Islamic State, Despite Setbacks, Still on a Roll. On May 22, the author of a New York Times op-ed begged to disagree with those who hold that sentiment. In Calm Down. ISIS Isn't Winning, Ahmed Ali writes:

The fall of the Iraqi city of Ramadi on Sunday, and of the Syrian city of Palmyra on Wednesday, is a big gain for the Islamic State, but not an utter disaster, as many observers fear.

The attack on Ramadi was a sign of desperation, not strength ... it wanted to give its adherents a psychological boost. ... It took 16 months of continual clashes with tenacious Iraqi security forces and loyal Sunni tribes before the Islamic State, also known as ISIS, could take Ramadi.

... the Islamic State is not on an unstoppable march.

In Iraq, and to some extent Syria, it remains on the defensive. In April, the Islamic State's defenses in large swaths of Salahuddin Province and the provincial capital, Tikrit, collapsed. In the north, Iraqi Kurds have contained the Islamic State. In Syria, Kurds supported by Iraqi pesh merga forces and by American airstrikes decisively defeated the group in the town of Kobani.

Unlike the disastrous fall of Mosul in June 2014, [its fall] hasn't led to a collapse of Iraqi military units.

Ali's point is that the United States should not panic and send in troops on the ground.

Ramadi is a reminder that this is a long-term battle, but it is ultimately for the Iraqis to win. American troops should not put their lives on the line once again to give Iraq another chance.

In the interim, though, though, the Islamic State continues to make of the areas of Syria and Iraq it inhabits a wonderland of atrocities. In an extended blog post, which reads more like an authoritative article, for the New York Review of Books titled ISIS & the Shia Revival in Iraq, Nicholas Pelham catalogues some of what the Islamic State has wrought.

"We're ridding the world of polytheism, and spreading monotheism across the planet," an ISIS preacher recently said in a video recording. Behind him one could see the ISIS faithful using sledgehammers, bulldozers, and explosives to destroy the eighth-century-BC citadel of the Assyrian king Sargon II at Khorsabad, ten miles northwest of Mosul in northern Iraq, and the colossal statues of human-headed winged bulls that had guarded it. Amir al-Jumaili, an antiquities professor at Mosul University, has recorded the destruction of some 160 sites by ISIS since June 2014, when it conquered Iraq's second city.

Pelham writes that the Islamic State not only destroys historical sites. The video to which he refers to above

... was designed to market what it did not destroy. Of the thirty original pieces in the museum's Hatra hall, according to al-Jumaili, the ISIS jihadis had hacked at ten. They had not filmed the prehistoric, Islamic, and priceless Assyrian halls, because those artifacts were for sale.

Putting yourself inside the minds of the Islamic States command, why would they order destroyed what they could be selling?

Their rampage through the Hatra hall, al-Jumaili surmised, was designed to boost demand and hike prices on the black market. An Iraqi government adviser estimated that the caliphate might have already earned hundreds of millions of dollars from its sales of Assyrian remains. ISIS, the adviser told me, is the world's best-financed terrorist organization, worth an estimated $8 billion.

It seems that "with America bombing its oil installations," the Islamic State "was anxious to diversify revenues." It also behooves us to remember that every day that the Islamic State rules, it finds novel ways to harm and kill the citizens of the regions it rules. Bet you haven't heard of this one.

A doctor who fled Mosul with his family in March spoke of mounting fear at the executions. Initially, he told me, ISIS restricted its beheadings to the square outside the city administration building. But in recent months jihadis with machetes would stop traffic at intersections in the suburbs, decapitate people, and leave.

Many have speculated that the Islamic State gives license to its members to commit savage executions as a recruiting mechanism. Young men sitting at their computers around the world see a chance to join the world's biggest gang that let's you indulge in the most widespread violence that you can imagine -- gang-banging to the nth degree. Pelham reveals another reasons for the Islamic State's violence.

ISIS is not alone in public beheadings but no other group makes such a show of it. Rather than motivated by mere bloodlust, the practice seems designed, according to one theory, to provoke its opponents abroad to crack down on their domestic Salafi groups, and thereby broaden ISIS's base.

In our haste to keep the United States from sending in troops on the ground, let's remember that a region's history, once so visible, is being erased. Meanwhile, its citizens are paying for the West's lack of urgency and imagination in addressing the crisis with their lives under the most horrifying circumstances. I'm not recommending boots on the round -- IPS's own Phyllis Bennis provided some alternatives to intervention back in October of last year -- but those are heavy sacrifices to be borne by the citizens of regions that the Islamic State rules while the West offers little more than half-measures.

"The Islamic State Needs to Be Stopped, But With Imagination, Not Intervention"