So, Islamic State, You Want to Rule a Caliphate 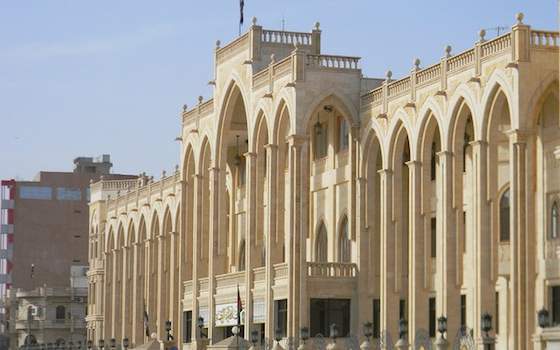 So, Islamic State, You Want to Rule a Caliphate

In an invaluable article at the Barcelona Centre for World Affairs site titled How Long Will ISIS Last Economically?, Eckart Woertz delves into the Islamic State's finances.

ISIS is not a mere terror organization, but an insurgency that follows a classic "Clear, Hold, Build" strategy. The aim is state building as the very name ISIS suggests. However, holding territory implies provision of services to the governed population such as food, energy and water and possibly health and education. The longer it holds territory, ISIS needs to worry about much more than just funding military operations. It now rules over roughly 8 million people. It does not assume a veneer of statehood for nothing; at its home base in Al Raqqa it has interfered in school curriculums, repaired roads and launched a consumer protection authority for food standards.

Woertz estimates that the Islamic State's revenues "range between $1 million and $5 million per day. Oil is probably the most important one followed by various forms of looting, local taxation, extortion and ransom. Foreign inflows have also played a role, but have not been as dominant as often assumed."

To assume that ISIS could build a thriving oil business on the remnants of Syria's ailing oil industry is a stretch of the imagination.

Should ISIS be able to take possession of larger oil fields in Iraq, however, it would open whole new avenues for its economic longevity. This would be a major threat, although even then developing Iraq's energy sector may well be beyond the capacities of an international pariah like ISIS.

Another source of income, besides theft, extortion, and ransom is, oddly, "angel" investors. Woertz:

Gulf donors have been described as "angel investors" for jihadist groups in Syria who provided the seed financing for their domestic operations, very much like a venture fund for tech start-ups. During 2012 and 2013 Gulf countries poured hundreds of millions into the Syrian civil war, often in competition with each other.

In another comparison with the financial world, he writes:

Like an overvalued stock company, ISIS needs to create a constant news flow to draw in funds and attention. ... The economic base of ISIS is a Ponzi scheme of looting that is in constant need of expansion.

As for accelerating the decline of the Islamic State:

Drying up ISIS's revenues offer credible policy approaches to fight it. Financial sanctions would have only limited reach because of ISIS largely functions on a cash basis, but curtailing of oil smuggling by the Turkish and Iraqi governments and the KRG would severely hurt ISIS. Gulf governments would need to crackdown on private donors and the flow of recruits and moral support to ISIS territory. The same is true for western and especially European governments. Any solution of the quagmire in Iraq and Syria would require regional powers like Turkey, Iran and Saudi Arabia to look beyond their narrow interests and step up to the occasion.

"So, Islamic State, You Want to Rule a Caliphate"