Prospects for a Nuclear-Weapon-Free Zone in the Middle East 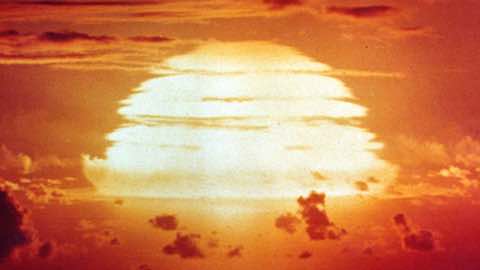 Prospects for a Nuclear-Weapon-Free Zone in the Middle East

Is a nuclear-weapon-free zone in the Middle East likely to materialize any time soon? Not according to Gawdat Bahgat. As the 2015 NPT Review Conference illustrated, 1) US support for Israel's regional nuclear monopoly remains as strong as ever, and 2) the leverage Arab regimes have over Tel Aviv remains weak.

The Middle East has never failed to amaze observers who closely follow it. In the last several months, news about the Iranian-Saudi cold war, the rift between United States President Barack Obama and Israeli Prime Minister Benjamin Netanyahu, and Washington’s support to Egyptian President Al-Sisi has dominated the headlines. Meanwhile, at the Non-Proliferation Treaty (NPT) Review Conference, held in New York between April 27 and May 22, each of these parties took significantly different positions.

Many policymakers and scholars have argued that without global efforts to stop or slow the process of nuclear proliferation, dozens of countries will acquire nuclear weapons. Signed in 1968 and becoming operational two years later, the NPT states, in Article VII, that: “Nothing in this Treaty affects the right of any group of states to conclude regional treaties in order to assure the total absence of nuclear weapons in their respective territories.” This is particularly relevant to the Middle East. Israel, which has never signed the NPT, is believed to be the only nuclear power in the region. But Arab countries, led by Egypt, and Iran have never accepted this Israeli nuclear monopoly. Since the mid-1970s they have sought, unsuccessfully, to pressure Israel to dismantle its nuclear arsenal and establish a Middle East nuclear-weapon-free zone (MENWFZ). Though such a regime could pave the way for genuine peace in the region, the latest NPT Review Conference confirmed that Arab countries still have little leverage to pressure Israel to change its nuclear policy and that US support for Israel’s nuclear monopoly in the region remains as strong as ever.

In 1974 in response to a joint Egyptian-Iranian initiative the United Nations General Assembly issued Resolution 3236 calling for the establishment of a MENWFZ. In 1990, at the initiative of Egypt, the concept of a MENWFZ was expanded to include all weapons of mass destruction (WMD). This more comprehensive approach envisaged the possibility of a bargain in which Israel would agree to abandon its unacknowledged but widely assumed nuclear weapons capability while all states in the region would agree to give up any offensive chemical and biological weapons capabilities and to join relevant global treaties and agreements such as the Chemical Weapons Convention and the Biological Weapons Convention. At the 1995 NPT Review Conference, the United States, the United Kingdom and Russia introduced a resolution, agreed upon by all NPT parties, endorsing a MENWFZ. The resolution sets forth the following objectives: (1) the creation of a MENWFZ; (2) the accession to the NPT by any state in the region that has not yet done so; (3) and the application of full-scope International Atomic Energy Agency (IAEA) safeguards to all nuclear facilities in the Middle East. Still, despite this broad global consensus, no progress was made.

The 2010 Review Conference regretted that little progress had been achieved towards the implementation of the 1995 Resolution. It underscored the importance of Israel’s accession to the NPT and the placement of all its nuclear facilities under the IAEA safeguards. It called on all states in the Middle East to accede to the Treaty. Specifically, the 2010 Review Conference stated that the Secretary-General of the United Nations and the co-sponsors of the 1995 Resolution (US, UK and Russia), in consultation with the states of the region will convene a conference in 2012 on the establishment of a MENWFZ. The Conference also called for the appointment of a facilitator to aid in the implementation of the 1995 Resolution and to prepare for the 2012 Conference. The Finnish Undersecretary of State Jaakko Laajava was appointed as the facilitator. Between October 2013 and June 2014 Laajava held five consultations with the countries in the region, aimed at reaching consensus on an agenda for the conference. The Arab countries and Iran agreed to attend the conference while there were some uncertainties regarding the Israeli position.

In late November 2012 the Department of State issued a statement stating that the United States “regrets to announce that the conference cannot be convened because of present conditions in the Middle East and the fact that states in the region have not reached agreement on acceptable conditions for a conference.” The statement also underscored Washington’s belief that a deep conceptual gap persists in the region on approaches toward regional security and arms control arrangements among the states in the region. These differences, the Department of State suggested, can only be bridged through direct engagement and agreement among the regional powers.

Although the 191 state parties attending the 2015 Conference disagreed on a variety of issues, the main focus of the Conference was on the creation of a MENWFZ. The Iranian Foreign Minister Javad Zarif re-affirmed the need for the speedy establishment of a MENWFZ and demanded that Israel renounce possession of nuclear weapons, accede to the NPT without precondition and place all its nuclear facilities under IAEA full scope safeguards. The Saudi Ambassador to the UN, Abdullah Al-Mouallimi, echoed these remarks, calling it “unfortunate that international consensus and the region’s urgent desire to make the Middle East a zone free of nuclear weapons have been thwarted by Israel.” Egypt also drafted a resolution calling on the United Nations Secretary General Ban Ki-moon to convene a regional conference on banning nuclear weapons and other weapons of mass destruction by March 2016 as called for at the 2010 Conference. This regional conference would be with or without Israel’s participation, without agreement on an agenda and with no discussion of regional security issues.

For its part, Israel objected strenuously to the Egyptian proposal. The Israeli position is that such a conference should deal with all regional security problems, including missiles and terrorism, rather than the nuclear issue alone. Israel also demanded that any such conference be conditioned on all participating countries agreeing on the agenda. After consulting with Egypt, Spain presented a compromise proposal that essentially rejected the Israeli conditions, stating that if no consensus is reached on the agenda before December 2015, the UN Secretary General will be empowered to decide whether to convene the conference and on what terms.

Meanwhile, the United States and Israel held intensive consultation in which the Obama administration promised that there would be no change in American policy on Israel’s nuclear program and that Washington would not seek to undermine Israel’s policy of nuclear ambiguity. In the end, the United States, supported by the United Kingdom and Canada, objected to the Egyptian-drafted resolution. Since decisions have to be accepted by consensus and approved by all participants, the Review Conference ended without adopting a final document. Egypt and other Middle Eastern countries charged Washington with protecting Israel and undercutting efforts to rid their region of WMD. In a statement, Egypt expressed disappointment at the U.S. move, warning that it would have “consequences in front of the Arab world and public opinion.” Rose Gottemoeller, US Under Secretary for Arms Control and International Security, also strongly condemned Egypt, suggesting that “a number of [Arab League] states, and in particular Egypt, were not willing to let go of these unrealistic and unworkable conditions included in the draft text.” Israeli Prime Minister Netanyahu later called Secretary of State Kerry and thanked the Obama Administration for blocking the drafted resolution, claiming that “The United States kept its commitment to Israel by preventing the resolution that would have singled out Israel and ignored its security interests and the threats posed to it by an increasingly turbulent Middle East.”

The disappointing outcome of the 2015 Review Conference was hardly a surprise given the conflicting stances adopted by regional powers. Iran and the Arab countries strongly reject Israel’s nuclear monopoly. Its presumed nuclear weapons, they argue, give Israel military and strategic advantages over its neighbors. Israel’s nuclear disarmament and accession to the NPT would pave the way for a genuine and comprehensive peace in the region. On the other side, Israel, which has never acknowledged possessing nuclear weapons, has insisted that a real peace and full normalization with all its neighbors is a prerequisite condition for the establishment of a MENWFZ.

Several dynamics are likely to shape the efforts to implement the UN resolutions on nuclear disarmament in the Middle East. First, the disagreements between President Obama and Prime Minister Netanyahu should not be exaggerated. Israel is still considered the U.S.’s closest ally in the Middle East. For decades and under both Republican and Democratic administrations the security of Israel has been a major U.S. foreign policy priority. This strong support for Israel is likely to persist in the foreseeable future. Furthermore, the United States cannot force Israel to give up its nuclear weapons capabilities. Stated differently, Israeli leaders do not take orders from Washington, particularly when it comes to national security.

Second, the current military balance clearly favors Israel. The country has one of the strongest armies in the region with the most technologically advanced American and European weapons. The economy has been one of the least affected by the global slowdown and the collapse of oil prices. From the Israeli perspective the recent broad regional instability does not provide an appropriate strategic environment to negotiate arms control or nuclear disarmament. Indeed, in light of instability in neighboring countries Israeli leaders seem convinced to keep all options available to face the growing uncertainties.

Third, political and security upheavals since 2011 (the so-called Arab Spring) have dealt a heavy blow to several Arab countries. The futures of Libya, Syria and Yemen are uncertain. The Iraqi government in Baghdad has lost control of large parts of the country to the Kurds and to the Islamic State (IS). The Egyptian government under Al-Sisi faces significant security challenges from various Islamist groups, particularly in Sinai and on its border with Libya. Finally, oil producing countries are under heavy economic and financial pressure due to the sharp decline of oil prices. Prices are not projected to recover to their previous levels any time soon. Oil producers and exporters have to adjust their economic and political systems to these emerging strategic and energy landscapes.

Under these circumstances it seems Arab countries have little leverage to pressure Israel to change its nuclear policy. Good diplomacy has to be backed by economic and military power in order to be effective. The notion of a Middle East free of nuclear weapons and other weapons of mass destruction is a noble idea but the progress towards it is likely to be very slow if it occurs at all. This means that Israel is likely to maintain its nuclear monopoly.

Dr. Gawdat Bahgat is professor of National Security Affairs at the National Defense University’s Near East South Asia Center for Strategic Study. He is an Egyptian-born specialist in Middle Eastern policy, particularly Egypt, Iran, and the Gulf region. His areas of expertise include energy security, proliferation of weapons of mass destruction, counter-terrorism, Arab-Israeli conflict, North Africa, and American foreign policy in the Middle East.

"Prospects for a Nuclear-Weapon-Free Zone in the Middle East"