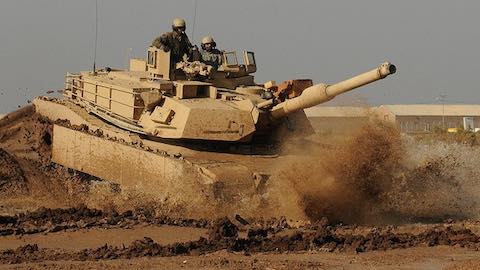 Due to a combination of lack of support, poor training, and constant deployment, the Iraqi Army pales beside the Islamic State.

… lacked training, equipment, leadership or even the basic logistical competence to put men into combat and supply them with ammo, food and water, let alone coordinate operations in a coherent manner. Worse yet, [they] were exhausted after a year of being plugged into every military need that arose around the country. In the wake of Ramadi, I realized that I'd grossly underestimated their fatigue and flagging morale, as evidenced by their flight from Ramadi at the height of a battle. Today, the Iraqi government would be lucky if 5,000 of its effective troops are still in fighting shape.

"Requests for air support," Prothero continues, "which already go through an overly cumbersome process before the U.S.-led coalition will act -- went unnoticed or ignored, and most of the units in Ramadi were unable to coordinate with one another because of deep-seated distrust among units composed of soldiers from different sects."

Every group was answering to its own Iraqi government officials and militia commanders, who together represent the most incompetent, venal and cynical people I have ever encountered in my life.

The Islamic State fighters, on the other hand,

… always have ammunition, they have backpacks of food and water, they maneuver to contact, seemingly aware of the maxim that the best way to stop someone from shooting at you is to shoot at them, and they integrate heavy, medium and light weapons together in a way that close resembles the American military's combined arms doctrine, with the role of air support played by armored Humvees loaded with explosives and driven by suicide bombers.

Obviously, that last point can't be held against the Iraqi forces. No state army in its right mind would employ suicide truck bombs. We'll conclude with this by Prothero.

I've heard it over and over again. "They're just better fighters," said one American former Special Forces officer. "They have fire discipline. They cover each other's advances. They keep moving. The Iraqis do none of these things."