The McLaren P1 is the ultimate expression of McLaren's engineering expertise. Intelligent, adaptive and blisteringly quick.

The astonishing McLaren P1, which debuted in production form at the Geneva Motor Show, has a clear goal -- to be the best driver's car in the world on road and track. To achieve this objective, McLaren is using all of its 50 years of racing experience and success, especially in the fields of aerodynamics and lightweight carbon fibre technology.

The result is a car that has an unprecedented amount of downforce for a road vehicle: similar levels to a GT3 racing car and yet with even greater ground effect. This downforce not only boosts cornering and braking performance. It also helps balance, stability and driveability at all speeds.

'McLaren introduced the carbon fibre chassis to the world of Formula 1 in 1981 with the MP4/1, and we had the first carbon-bodied road car,' says McLaren Automotive Chairman Ron Dennis. 'We have always been at the cutting edge of vehicle aerodynamics, and all of this experience has gone into the new McLaren P1. Twenty years ago, with the McLaren F1, we raised the supercar performance bar. With the McLaren P1, we have redefined it once more.'

The best driver's car in the world must also have exceptional straight-line performance and instant throttle response. To deliver this, the McLaren P1 uses an innovative IPAS petrol-electric powertrain comprising a substantially revised 3.8-litre twin-turbo V8 petrol engine, coupled to a single electric motor, collectively known as M838TQ. Combined power output is 916 PS (903 hp). As important as absolute power is the electric motor's ability to provide instant torque, making the powertrain superbly responsive. It is also amazingly efficient. The McLaren P1 returns 34.0 mpg (8.3 l/100km) on the EU combined cycle, with CO2 emissions of 194 g/km. The electric motor offers a range of 11 km (6.8 miles) in full electric mode on the NEDC cycle, which sees emissions drop to zero. 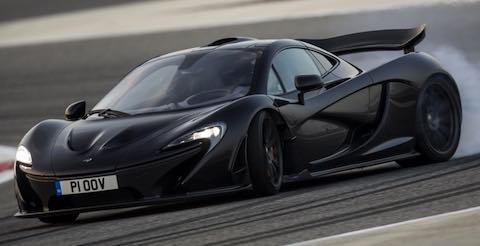 The braking figures are equally as impressive for the McLaren P1, with the levels of performance provided by the bespoke Akebono system. The specially formulated carbon ceramic discs, coated in silicon carbide, can bring the McLaren P1 to a halt from 62 mph (100 km/h) in a distance of just 30.2 metres.

'We believe the McLaren P1 is the most exciting, capable, technologically advanced and most dynamically accomplished supercar ever made,' says McLaren P1 programme director, Paul Mackenzie. 'It may not be the fastest car in the world in absolute top speed, but that was never our goal. Rather, we believe it is the fastest ever production car on a racing circuit, a much more important technical statement, and far more relevant for on-road driving. It is a true test of a supercar's all-round ability. Plus many owners will use the car on the circuit, at special track and test days.' 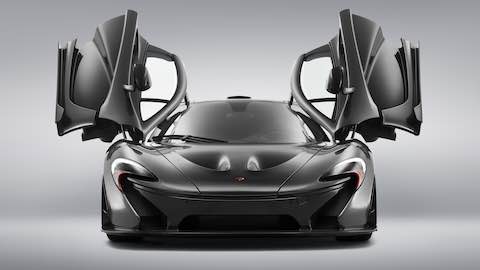