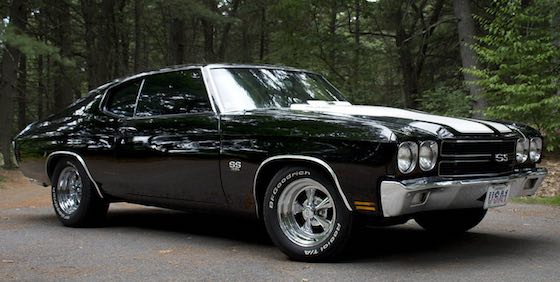 This sub-series replaced the Chevelle Malibu SS models, and their low-cost/high-performance equation and wide availability quickly made the Chevrolet Chevelle SS 396 extremely popular.

These days, with General Motors being kicked around by Ford Motor Company and the Japanese brands like Honda and Toyota, it is hard to remember a time when GM's share of the total U.S. automotive market stood at a whopping 60 percent. Now some 40 years have passed since those halcyon days for the biggest automobile maker on the globe -- the go-go Sixties, the decade of youth, rock music and the Vietnam War. To quote some unknown author, who is probably quite tired of being so quoted except for the fact he's dead, "It was the best of times, it was the worst of times."

While the fact that GM once held 60 percent of the American car market is fairly well known and frequently used to bludgeon today's GM executives, a lesser-known fact is that a single GM division -- Chevrolet -- captured more than 25 percent of the market in those years. Think of that: one in four new vehicles sold each year through most of the decade was a Chevrolet.

Many people were responsible for this long-running success, but two of the men most responsible were GM executives Ed Cole and Semon E. "Bunkie" Knudsen. Cole, who had earned his spurs on the GM high-compression V-8 engine programs that resulted in the legendary Chevrolet small-block engine, ran the Chevrolet division until late in 1961, when his success with Chevy led to his promotion to head up all of GM's car and truck divisions. As an example of what he was able to create, Chevrolet's 1962 model-year vehicle lineup, a menu that was concocted by Cole before his promotion, set a record of 2.13 million sales, a mark that represented 31.5 percent of the American car market. (For perspective, that percentage is more than General Motors' total U.S. market share today.) 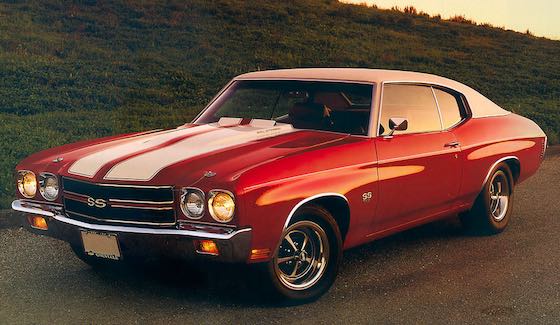 Knudsen took over the reins at Chevrolet from Cole after transforming Pontiac from a boring, "old-person's" car line into a youth-oriented brand during his term as general manager of that division. It was Knudsen who uttered the immortal line, "You can sell a young man's car to an old man, but you can't sell an old man's car to a young man," a motto that current GM executives might give a listen to.

By the time Knudsen reached Chevrolet, the brand already had a strong performance reputation on the strength of the Corvette, Corvair Monza, and the fuel-injected versions of the standard Chevrolet sedans, not to mention the famous "409." But Knudsen immediately set out to strengthen the brand's hot, contemporary image. He also presided over a broadening of the division's offerings that had begun under the direction of Cole. In addition to the "standard" Chevrolet line of Impala, Bel Air and Biscayne, Chevrolet also offered the Corvette, Corvair and Chevy II, plus its trucks.

That would seem to be a wide array of models, especially since many of them included four-door, two-door, station wagon and convertible variations. But Knudsen and the General Motors assembly division found room for one more. GM's A-body already supported the Oldsmobile F-85, Pontiac Tempest, and Buick Special, so it wasn't a very big stretch to come up with a Chevrolet version. Given the rather feminine moniker Chevelle, it hit the market at the beginning of the 1964 model year.

Frankly, there was nothing leading-edge about the Chevelle, but there was a simple honesty to the car that made it the basis for many a hot rodder's dreams. Slotted between the Chevy II and the full-size Chevrolet line, it rode on a 115-inch wheelbase. Its handsomely conservative body sat on a perimeter frame. As was standard practice for virtually every American car save Corvair, the Chevelle was a front-engine/rear-drive configuration with a live axle. Suspension was equally straightforward: independent front suspension with coil springs and tube shocks and coils and tubes, plus four links locating the axle in the rear. Like its American brethren of the era, this was a car that excelled in going straight on smooth roads. Corners and uneven surfaces were not its strong suit. 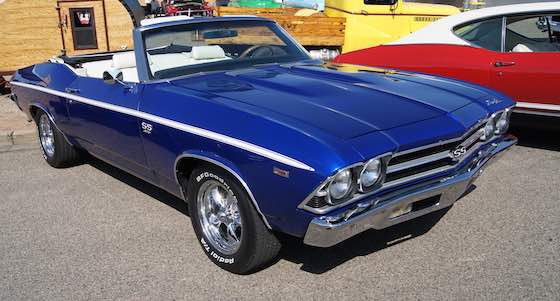 Properly optioned, however, the Chevelle could accelerate in that aforementioned straight line creditably well. Buyers wanting basic transportation could opt for two in-line six cylinder powerplants, but those wanting to get a bit more bang stepped up to the 283 cubic inch V-8 engine. In top trim complete with dual exhausts, the engine delivered 220 horsepower.

Those with a sporting bent specified the 220-horsepower 283 in the Malibu Super Sport package. Along with the V-8 engine, the package offered such niceties as tachometer, front bucket seats, available Positraction limited-slip differential, sintered-metallic brake linings (for the mundane drum brakes) and a four-speed manual transmission. As the model year progressed, the Chevelle engine choices expanded to include two 327 cubic inch V-8's with horsepower ratings of 250 and 300. If you checked the boxes for all the goodies and paid the substantial extra cost that entailed, you would have a nice little runner on your hands, but a stoplight-to-stoplight dragster that paled in comparison to the Pontiac GTO of the same year, which offered a big-block 389 stuffed under its short hood.

All that was to change beginning in the '65 model year. Spurred by his own prot