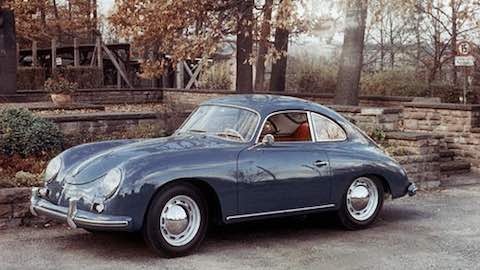 Given the crippling combination of war, prison, and exile which surrounded Porche's genesis, the creation of the company's first vehicle -- the Porsche 356 -- was a miracle.

Given the difficult circumstances of its birth, it is not only surprising that the first car to bear the Porsche name was a breakthrough, it is surprising that it was born at all. Given the crippling combination of war, prison, and exile which surrounded its genesis, the creation of the first Porsche was well-nigh a miracle.

Of course, Professor Ferdinand Porsche is a man who, in Ed Sullivan's words, needs no introduction. If no car had ever borne his name he would have become legendary for the brilliant design work he did for Mercedes-Benz, Austro-Daimler, Wanderer, NSU and Auto Union. The street and racing machinery for which he was responsible was amazing in its breadth and creativity.

But, in the midst of a great career, World War II reared its ugly head to throw everything Porsche had done up to that time into a hand basket. Just before Hitler ordered the invasion of Poland in 1939, Porsche had prepared three very imaginative envelope-body cars for a scheduled race between Berlin and Rome. But the outbreak of hostilities canceled the race, and the man who had designed the original Volkswagen at Hitler's request was enlisted in the support of the Fuhrer's war machine.

Five years later, Porsche's engineering headquarters in Stuttgart was no longer safe from the saturation bombing being done by the Allies. At the order of the Nazi authorities, Porsche scattered its operations to three widely separate areas. While a skeleton staff remained in Stuttgart, drawings and other historical materials were sent to the lovely Austrian village of Zell am Zee, and the nucleus of the Porsche engineering staff retreated to the even-more-isolated Austrian village of Gmund.

There they remained while what was left of the Third Reich crashed and burned around them. In May 1945, British troops entered the town and immediately took Ferdinand Porsche and his son, Ferry, prisoner, suspecting them of war crimes. Professor Porsche would eventually be imprisoned for more than two years and would emerge from his imprisonment a shattered shell of his former self. It was left up to Ferry Porsche, who was released after six months, to restore the pre-eminence of Porsche engineering. 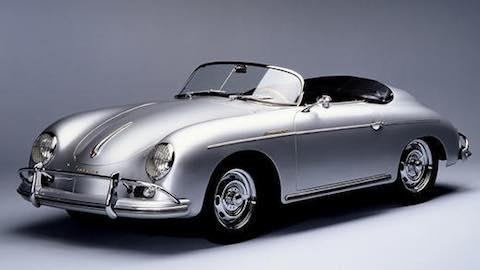 When the younger Porsche returned to Gmund to pick up the pieces of his shattered company, he had an idea in his head. While his crew of almost 150 kept busy by repairing farm implements and war surplus Kubelwagens, Ferry Porsche toyed with the idea of building a sports car based on available components, mostly from Volkswagen. It was a car that bore more than a little resemblance to his father's pre-war race coupes.

After fulfilling a commission to design the Cisitalia racing car, Porsche drew up plans for a small sports car that would bear the Porsche name. As was common in the era's racing cars, it used a very rigid welded space frame. Much less common was the position of its diminutive air-cooled engine - amidships, just ahead of the rear axle.

Porsche's long-suffering group of Gmund-based artisans had assembled a running prototype of the little roadster in June 1948, and it was shown off to the gathered press at the Swiss Grand Prix one month later. The press was wowed by the vehicle, which was called the 356 because that was the number of the design in the company's organization scheme. The public seemed quite willing to buy, but Porsche realized that, while his little sportster was a critical success, it would be difficult to make it a commercial one. With a hand-hammered aluminum skin over the space frame, building the car was a time-consuming effort, and in auto manufacturing time is money.

Quite resourcefully, Porsche wasted no time in drawing up a completely different chassis that significantly altered the basic layout of the car while leaving the character essentially unchanged. For marketing purposes, Ferry Porsche decided that a coupe would have more appeal than a roadster, so he set Erwin Komenda to work drafting the new body. (Among Komenda's other stellar designs was the Volkswagen Beetle.) Rather than a space frame, the new car had a monocoque chassis formed from sheet steel. An even bigger change was the location of the engine. Looking for more passenger room and luggage space, Porsche dropped the midships engine mount for a rear-engine layout. This served to open the cabin space and simplified the installation of the modified Volkswagen flat-four engine.

Looking back one has to speculate how much better Porsche products might have been over time had Ferry Porsche stuck to the midships design. In his defense, however, the little VW engine that he mounted behind the rear axle weighed relatively little, and thus the move upset handling potential far less than one might guess.

Handling, of course, was what Porsche was looking for because, while he knew he could coax more horsepower out of the Volkswagen engine than its builders in Wolfsburg, he also knew that it would never be a powerhouse. To get the performance he wanted, he depended on light weight and suspension tuning. For simplicity's sake the 356 used VW front and rear suspension pieces. The front suspension used "crank" arms and torsion bars, while the rear used the infamous swing axles, also sprung by torsion bars. From the stock VW's 25 horsepower, the engine was hopped up to 40 horsepower by using twin Solex carburetors. 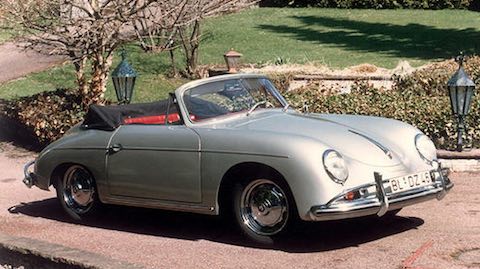 It was in this configuration that the 356 went into production in the crude Gmund factory, actually little more than a collection of sheds. The assembly process was so rudimentary that it depended upon one man, Friedrich Weber by name, to hand hammer all the aluminum exterior panels. Since Weber was a drinking man, production was often disrupted and, before production at Gmund ceased, several chassis were sent to other body builders for completion.

In 1949, after the production of 50 356s in Gmund, Porsche returned to Stuttgart. In a sense, the 356 was re-engineered once again because the decision was made to build the body of steel rather than aluminum. Komenda re-sharpened his pencil and came up with slightly modified coupe and cabriolet bodies.

With deals in place with various European distributors and American import maven Max Hoffman, the Porsche enterprise then began to crank out 356s in a fairly conventional way, although sales volume was always low by mass market standards.

From the beginning Porsche had been involved in sports car racing. (Even the still-born mid-engine roadster entered a won an Austrian road race before retiring to stud.) Racing of course, meant there was a steady demand for increased horsepower, and in that realm the VW flat four could only be stretched so far.

Anticipating this, Ferry Porsche commissioned a new engine, the Type 547. With four camshafts, hemispherically shaped combustion chambers, and twin plugs per cylinder, this 1498 cubic centimeter over-achiever produced 100 horsepower. Installed in a 356 that bore the Carrera name, honoring the engine's success in the fabled Carrera Panamericana, the Type 547 gave the nimble little car a new lease on performance and enabled it to be a huge force in late-Fifties and early-Sixties GT racing.

The 356 reached its ultimate expression in the Carrera 2. With 130 horsepower on tap, the model could sprint from zero to 60 miles per hour in about nine seconds, and had a top speed of 125 miles per hour. While hardly intimidating numbers today, they represented a huge advance over the performance of Ferry Porsche's backwoods dream, the dream that made Porsche cars a reality.