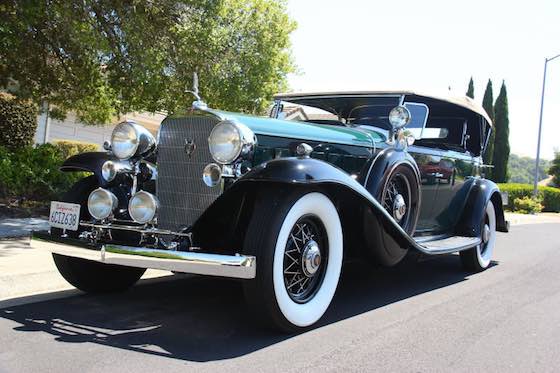 The tragedy of the Cadillac V-16 is that it was a car tailor-made for the exuberance of the Twenties that was launched after the stock market crashed in October 1929.

The story of the Cadillac V-16 is the tale of not one but two colossal engines. The irony of the story is that these two luxury car powerplants, among the most impressive the world has ever produced, were spawned during the world's most far-reaching and destructive economic collapse.

Of course, during the heady days of the Twenties, when speculators in the stock market gave no thought to "how high is up," the idea of a 16-cylinder engine for the ultimate in luxury machines seemed quite logical. The millionaires of the bathtub gin decade seemed more than willing to display their wealth, and there were plenty of car companies, in the United States and abroad, that were perfectly willing to help them in the endeavor.

So it seemed just another step in the evolution of the luxury car to build a 16-cylinder engine. After all, if eight cylinders were good, then 16 cylinders must be twice as good. It was as simple as adding eight plus eight. 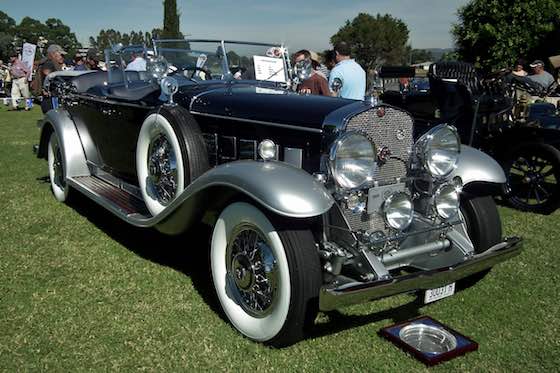 Mammoth multi-cylinder engines were nothing new in the aircraft industry. Spurred on by the impetus of the Great War, Ettore Bugatti designed a 16-cylinder engine for aircraft use in 1917. Before the war's end several luminaries in the post-war auto industry became involved in a similar project for the U.S. Army Air Corps. Howard Marmon, the builder of the Marmon line of luxury cars, was in charge of the government's feasibility study, and when he gave the high sign, the Duesenberg brothers, Fred and August, won the production contract. But before many of the engines could be produced the War to End all Wars ended, and the design went into the junk drawer.

As the Teens turned into the Twenties, there the concept remained dormant. The European luxury car makers, like Rolls-Royce and Hispano-Suiza, seemed perfectly content with six-cylinder powerplants. Meanwhile, on this side of the giant pond, Cadillac offered its customers a V-8 engine, and Packard had its vaunted Twin Six V-12. Stutz, Chrysler and Duesenberg competed in the luxury fray with straight-eights.

When Larry Fisher took control of General Motors Cadillac division in 1925 he had a simple goal -- to differentiate Cadillac from all the other high-priced marques that were crowding the marketplace. One way to do that was to build an automotive engine unlike anything ever seen before -- a V-16.

To execute the project, Fisher turned to Owen Nacker, Cadillac's head of engine development, who was already noodling with the idea of a V-16. Nacker drew up a design that wrung all the inherent smoothness and power that could be derived from 16 cylinders by placing them at an angle of 45 degrees. To produce prodigious amounts of low-end torque, one exhaust and one intake valve were fitted per cylinder, activated by pushrods and rocker arms from a block-mounted camshaft.

Peak output for Nance's Cadillac V-16 was 165 horsepower at 3,500 rpm. Those are respectable figures for those low-octane, low-compression days, but the real goals of the V-16 were smoothness and torque, and both were delivered in spades. 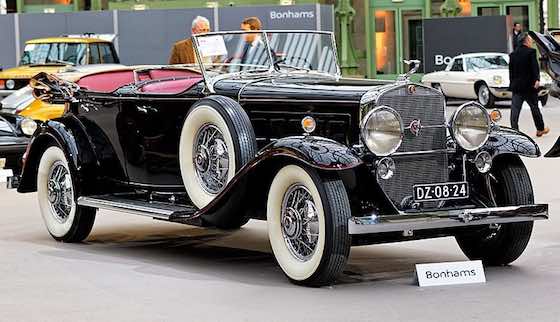 In the Twenties and Thirties, most ultra-luxury cars were sold as chassis and then fitted with custom bodies by independent coach makers. Cadillac in that era, however, was blessed with the inimitable talents of Harley Earl, who was not just the division's chief stylist but was also the founder of the styling studio design process that virtually all auto companies use today.

Earl's heavy hand on General Motors design would extend well into the Fifties, but as the Thirties opened he was still relatively fresh from California, where he catered to the rather over-ripe tastes of silent movie stars and studio heads. Subtlety was not their watchword.

Earl's designs for the Cadillac V-16 reflect that grandiose style. Some of the influences are European, most especially from Hispano-Suiza, but there is also a fore-square Americanism to the designs. Though a mammoth car with a wheelbase of 148 inches and a curb weight of more than three tons, the V-16 manages to avoid the leaden stodginess of its European counterparts. With a lilting swoop to its front and rear fenders the V-16 looks light on its feet while at the same time feeling as substantial as an ocean liner.

The tragedy of the V-16 is that it was a car tailor-made for the exuberance of the Twenties that was launched after the stock market crashed in October 1929. Cadillac and its affiliated Fleetwood body works built nearly 3,000 of the cars in 1930, but production was curtailed very sharply thereafter. Between 1933 and 1937 fewer than 350 V-16 Cadillacs were built.

While other luxury nameplates like Stutz, Cord, Duesenberg, Peerless and Pierce-Arrow reeled during the Depression, Cadillac had General Motors' other divisions as a cushion against bankruptcy. But even Cadillac was not immune from the cost pressures created by the decade long economic slump, so Nicholas Dreystadt, who replaced Fisher as head of the division in the mid-Thirties, sought out ways of saving cash while maintaining the prestige of the V-16.

The result of his efforts was an entirely new V-16 engine that offered similar output to the original but was very different in most other respects. Rather than a 45-degree vee, the cylinder banks were grafted at a 135-degree angle, which retained the engine's smoothness but facilitated the installation of a single intake manifold between the banks. In addition the block and crankcase were cast as a single unit, saving further production costs.

With a displacement of 452 cubic inches (7.1 liters), the new V-16 was 250 pounds lighter than its predecessor and significantly less costly to build. Beginning in 1937 it was installed in a series of vehicles that were somewhat less distinguished than the first series but still had a great deal of presence on the road.